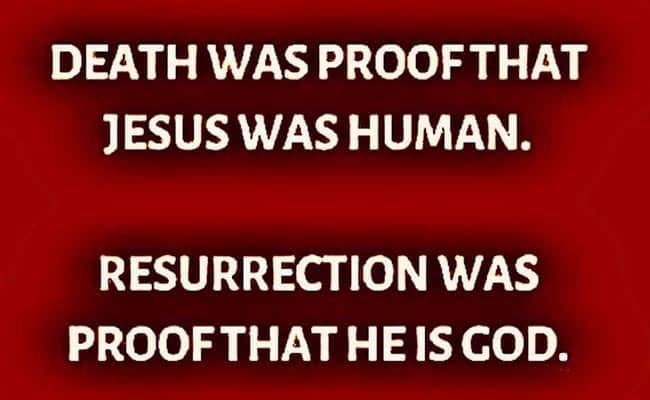 My 11 year old granddaughter, Lily, came over for Easter and asked me an interesting question. She asked me what bunnies and eggs had to do with Easter. The answer, of course, is nothing at all.

There is nothing wrong with coloring eggs and hunting them and eating chocolate bunnies, but that truly has nothing to do with Easter.

Before Jesus rose from the dead on Sunday morning the Jews had always worshipped on the Sabbath, which was Saturday.

All of the first Christians were Jews. Once Jesus rose from the dead on Sunday Jewish believers started to worship on Sunday instead of Saturday and thus broke away from Judaism. Jews who don’t believe in Jesus still worship on the Jewish Sabbath which is Saturday.

How much faith does it take to believe that Jesus was able to do what He said He would do and rise from the dead on the third day after His death? An award winning investigative journalist for the Chicago Tribune, who also has a law degree from Yale, named Lee Strobel, set out to prove that Jesus’ resurrection was a hoax and as a result of his investigation became a believer.

Even though Jesus predicted His resurrection on the third day none of his disciples believed Him. The women who came to the tomb on Sunday morning fully expected Jesus to still be dead and the tomb still sealed. They were shocked when they arrived to find the tomb open and empty.

The main difference between Christianity and all other religions is Jesus’ empty tomb. No other religious leader has risen from the dead. 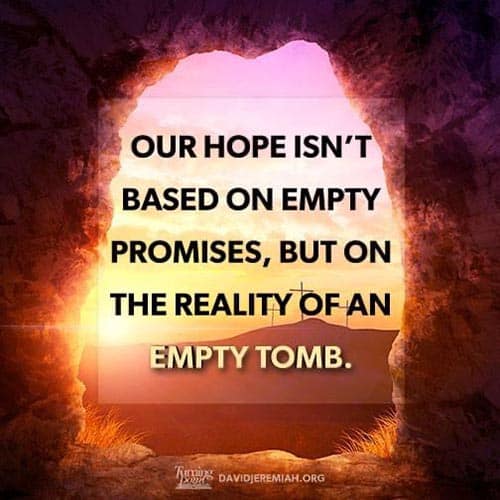 There is an abundance of evidence that Jesus was dead and laid in a tomb which was sealed and guarded. The Jews knew Jesus said He would rise again on the third day so they took measures to make sure nothing could happen to His dead body.

There is also much evidence that Jesus rose from the dead on Sunday morning. When the women went to the tomb it was empty. Jesus appeared to over 500 people at once and walked the Earth for 40 days following His resurrection and was seen by many.

Skeptical scholars like Lee Strobel and CS Lewis and others who set out to disprove the claims of Christianity became the most ardent believers! The case for the resurrection of Christ from the dead is so compelling that it simply should not be ignored.

For anyone who has not seriously considered Christianity, I highly recommend the little booklet, “The Case For Easter” by Lee Strobel, or for a more in depth study of whether the claims of Jesus are believable, try “Evidence That Demands a Verdict” by Josh McDowell.

The Bible claims that when this life is over we will all stand before God to be judged. People who have believed in and accepted Jesus Christ as Lord and Savior will be saved from the wrath of God while those who have rejected His free gift of eternal life will be damned forever and separated from God in eternal torment. It behooves us to prepare to meet our Maker while we still can. 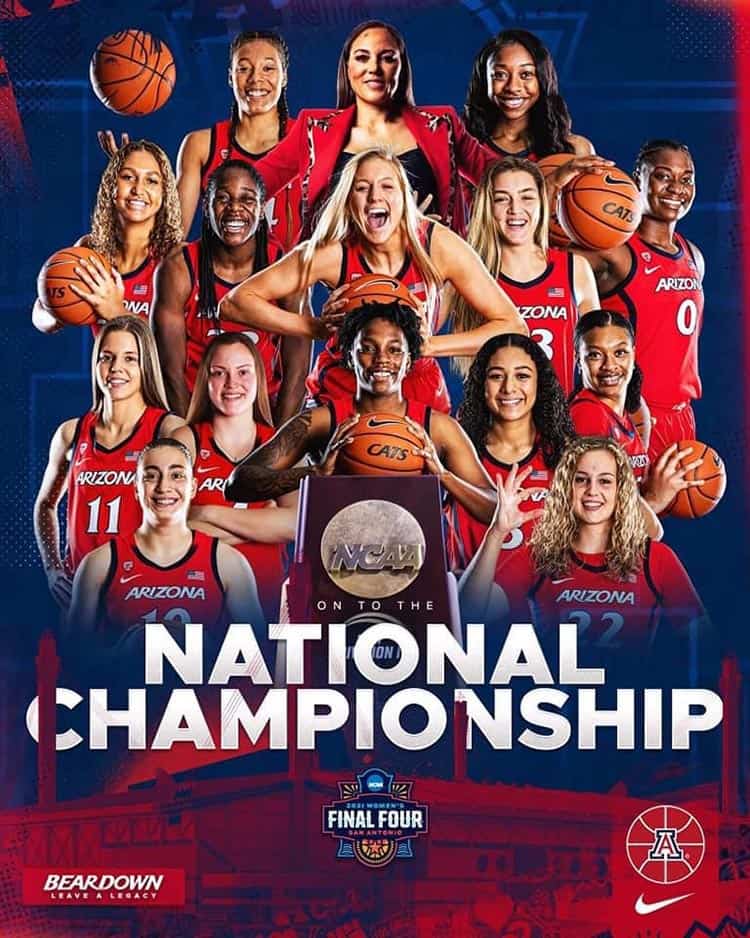 On another note: Congratulations to the Arizona Wildcat ladies on an incredible season, losing the championship game by only one point and representing Arizona so well. They were so fun to watch.