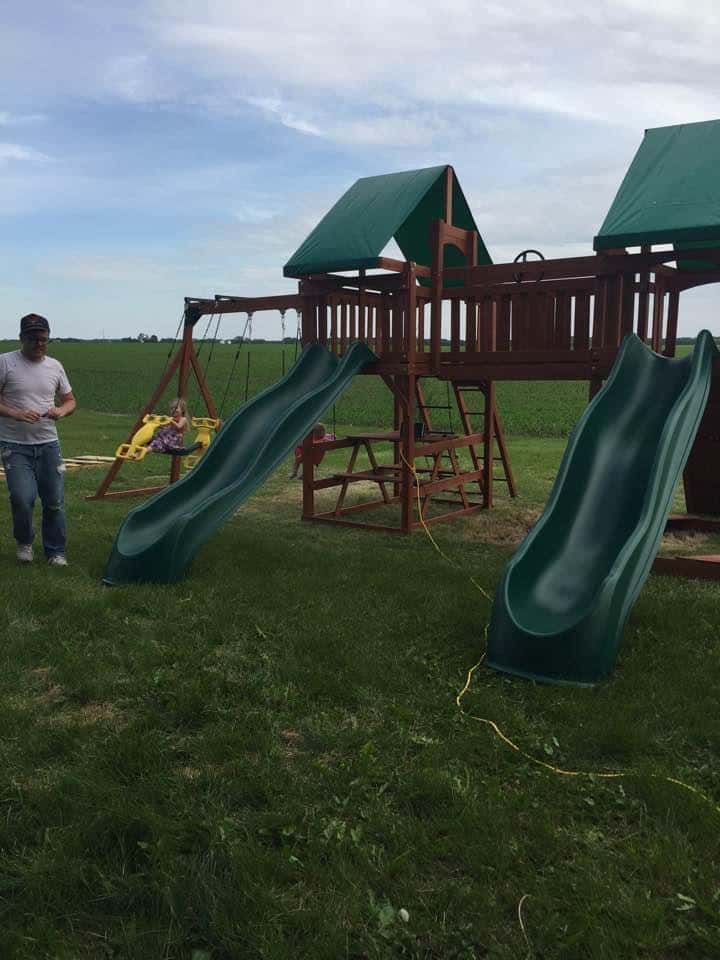 Back in 2015 we had lots of grandchildren living close by and visiting often. We decided to pretty much buy the ultimate swing and play set with slides, climbing wall, covered fort areas etc. We usually lived pretty frugally but we went all out on this and our son in law Josiah built it for us. 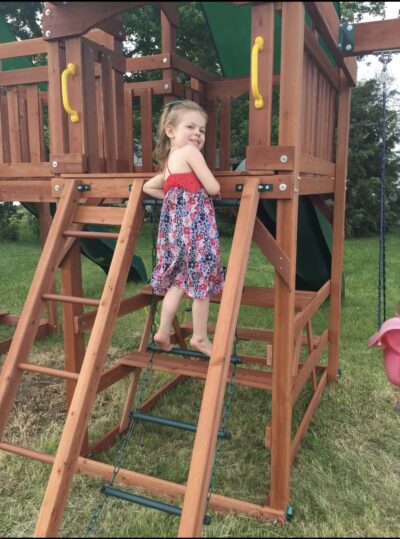 Our grandkids loved it and we have so many pictures and memories of that, but it only lasted a very short time. It was finished in the summer of 2015 and in November that same year straight line winds over 65 mph blew it to smithereens. 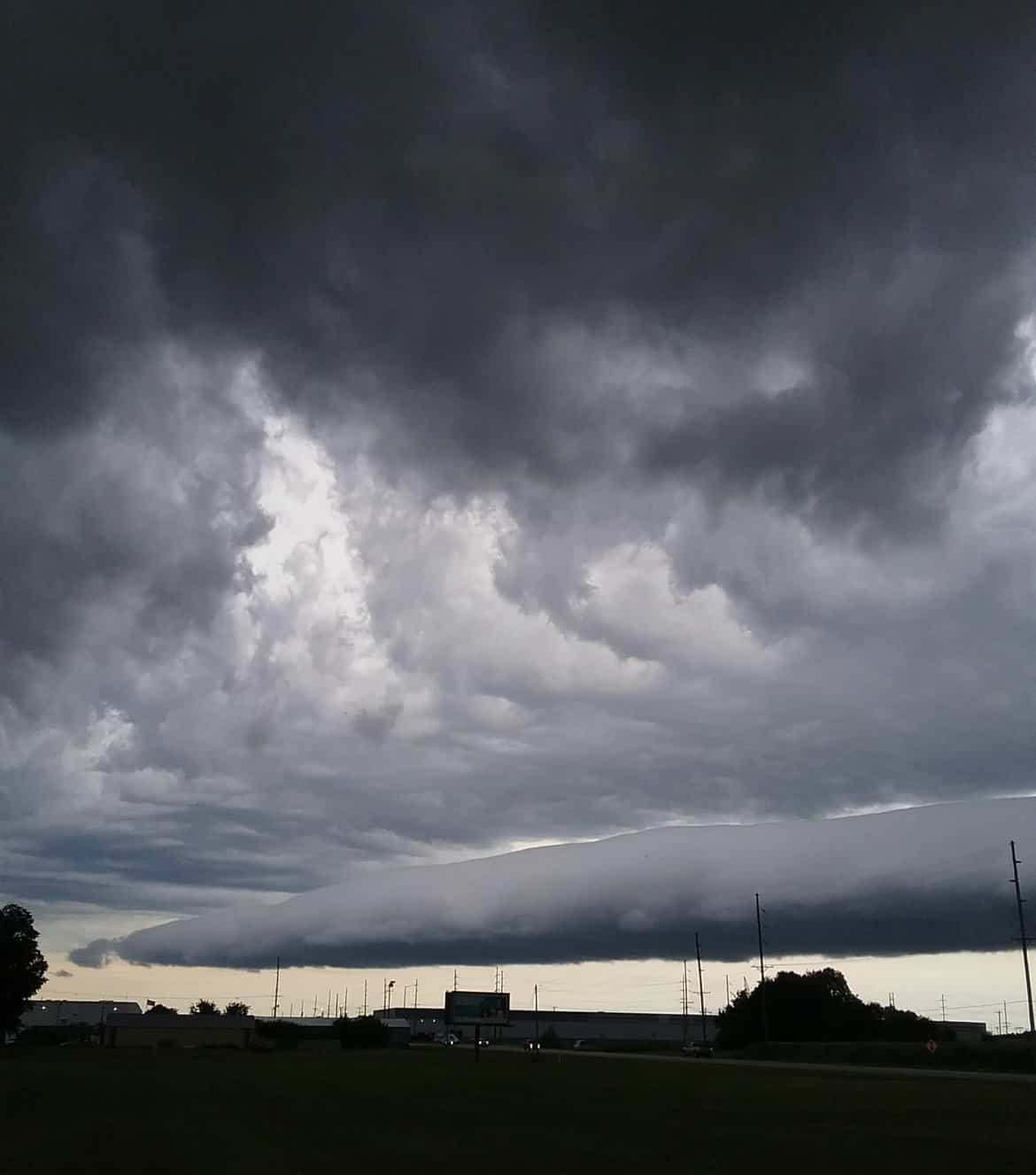 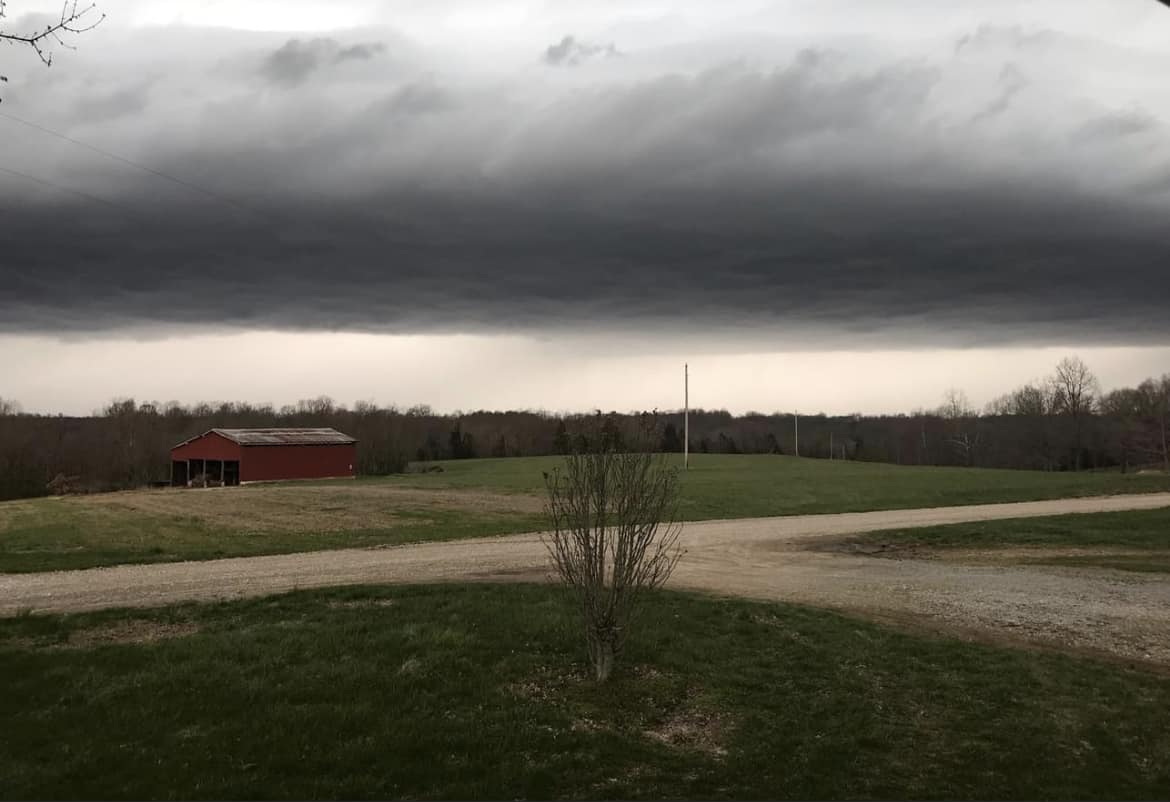 We were able to save very little of it. It was pretty much a total loss. Nobody was hurt. Our house and property other than the play set were not damaged too badly. However, we took it really hard. Between the time it was built and the time it blew down a few short months later our lives had changed drastically. Seeing the destroyed play set scattered all over the farm in splinters was particularly painful. More than it should have been probably, but we found it very sad, because 3 of our grand babies 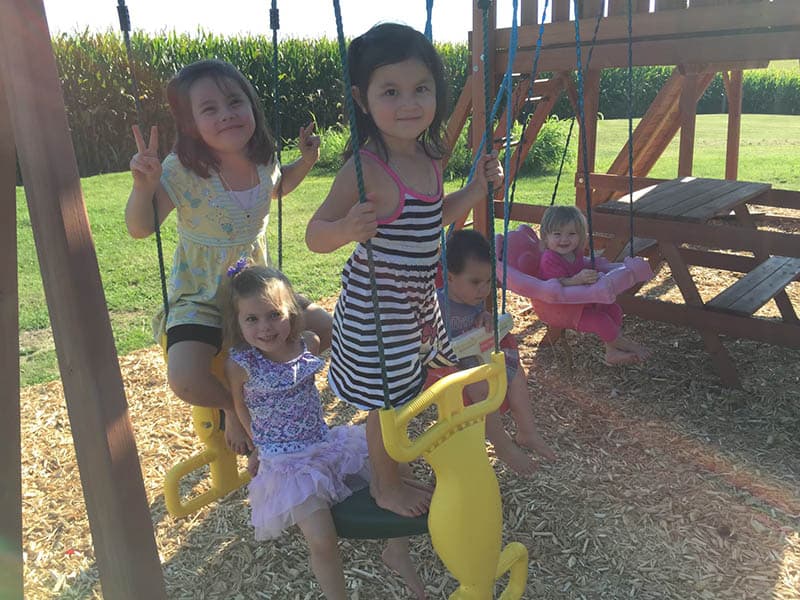 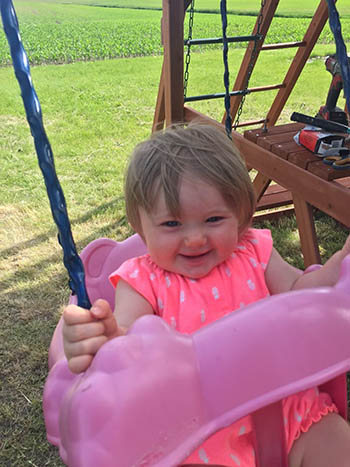 had moved 1800 miles away. The swing set that had brought us and them such joy was not just sitting unused-it was destroyed. The splintered remains were a painful reminder that those little ones were no longer part of our daily lives.

We just had to burn what was left of most of it. 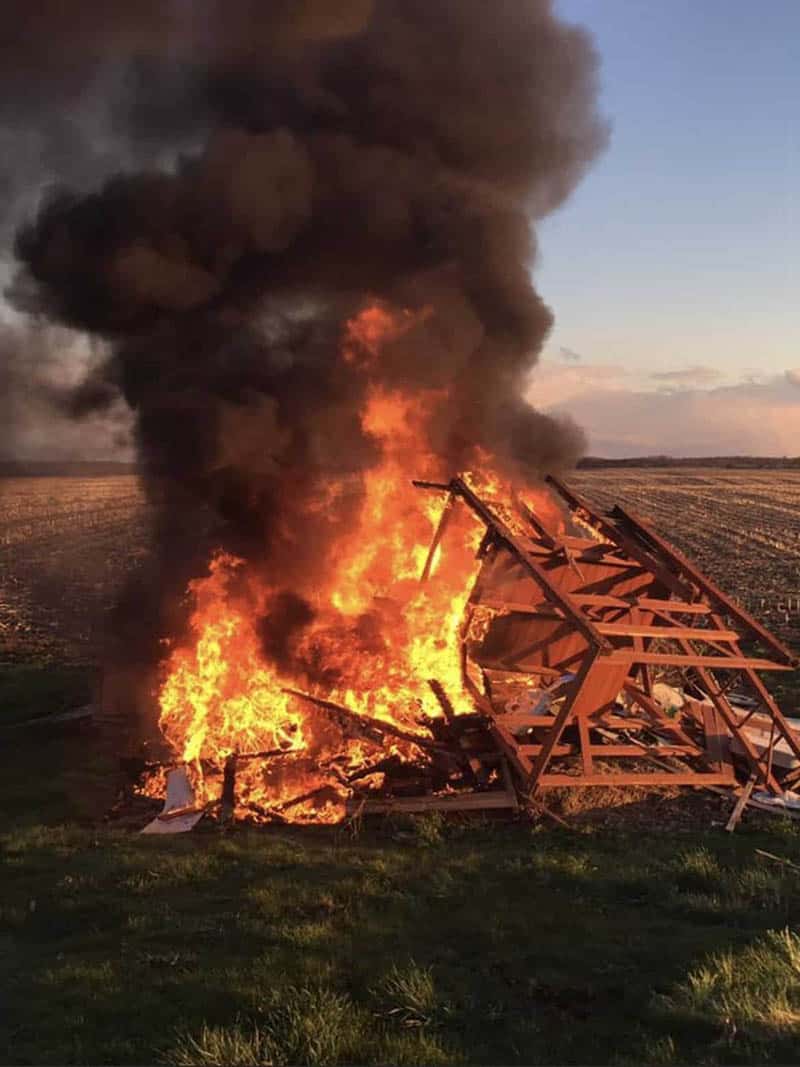 Looking back now we shouldn’t have been surprised how our friends and church family blew it off when we told them about it. Nobody cared about our loss but us. Everyone made light of it and we learned a valuable life lesson from that swing set!

As many pointed out to us we should have been thankful that it was only the play set that was destroyed and nobody was hurt, but somehow that just didn’t bring us much comfort! In fact we were hurt that nobody cared about our loss except us and our son in law who built it.

The lesson we took from the whole thing was that we are all wrapped up in our own world and the hurts and pains of others often really don’t affect us much. It was really easy for everyone but us to look at that destroyed swing set and say, “Oh well.” It wasn’t so easy for us! It was our swing set! We watched our son in law lovingly build it piece by piece. We had so many happy memories of our sweet babies playing on that thing and hearing them squeal with delight. Nobody had that but us. Nobody felt our pain because it wasn’t their swing set!

Cindy and I watched an episode once of “This Old House” that we laughed so hard when something went wrong and the female carpenter said, “Oh well,  it ain’t our house.” 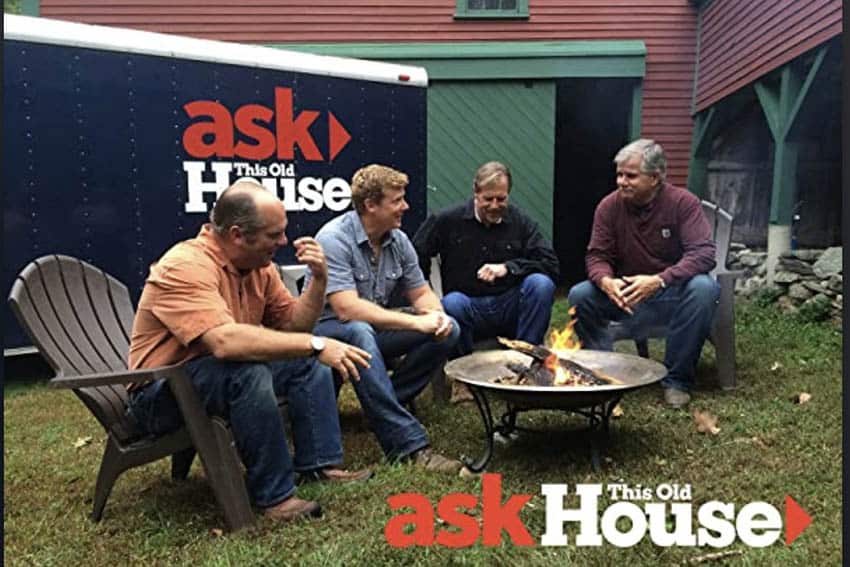 If we are not careful we will go through life not really listening to other people or feeling their hurt or loss. It’s too easy to not really give a rip because it ain’t our swing set! If we listen with a caring ear that lets us hear the feelings and emotions people tell us something with and not just listen to their words we might just be able to lend some comfort to a friend or loved one who is hurting over a loss that we might not realize is a pretty big deal to them. 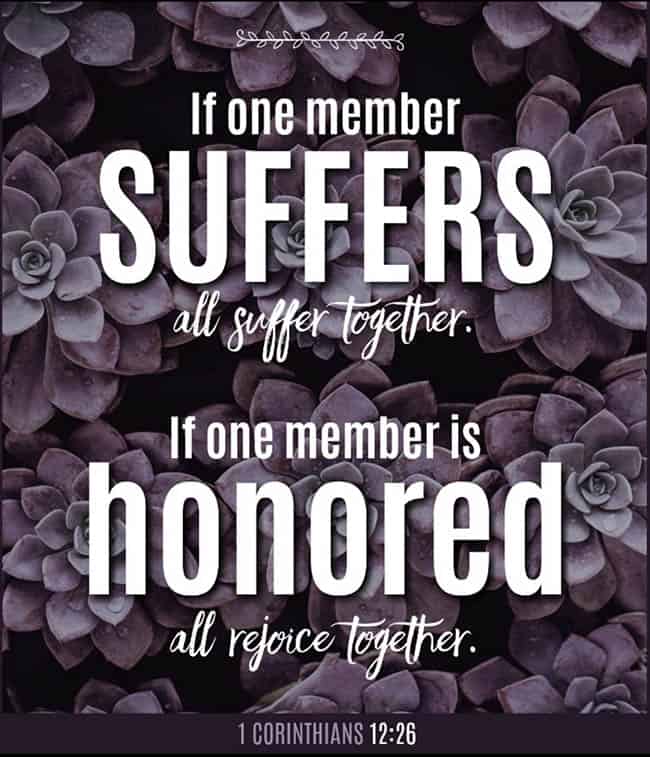