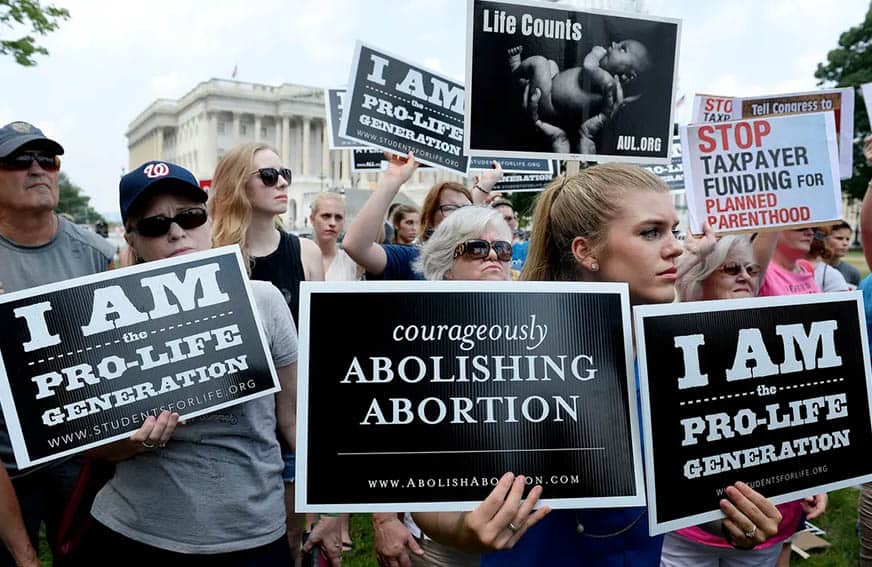 It is hard for me to understand how a lot of people are absolutely losing their minds since the leak of the upcoming reversal of Roe V. Wade by the Supreme Court. How can people be so upset that babies are going to be born and live instead of being killed in the womb?

“There’s one place in America that surpasses all others for danger. New York City? Chicago? L.A.? No. In fact, per USA Today (2/19/2018), in 2017 there were a total of “5,738 homicides in the nation’s 50 biggest cities.” Nearly 6,000 murders. That’s tragic, but let’s talk about the deliberate taking of 862,320 lives in the USA that same year. The Guttmacher Institute, a prochoice-favoring organization, reports that staggering number of deliberate abortions in America in 2017.”

Literally the most dangerous place for a human life in America should be the safest and most secure, a mother’s womb. That thought is staggering. Not only that but California is even trying to pass draconian legislation that would allow infanticide, the killing of a baby up to 28 days after a live birth.

“Assembly Bill 2223 by Assemblywoman Buffy Wicks (D-Oakland), misleadingly labeled “Reproductive health,” actually legalizes infanticide in an abortion bill to expand the killing of babies past the moment of birth up to weeks after, according to opponents of the bill.”

Even if the Supreme Court overturns Roe V. Wade that will not end abortion. All it will do is kick the ball back to the states to decide abortion laws, so that horrible California bill, if passed, could still happen.

When Roe V. Wade was passed in 1973 the technology that allowed us to see inside the womb was not yet invented, but now that we can see inside we know that is a baby in there. It is not a blob of tissue!

A videographer who was filming an ultrasound for Focus on the Family wrote:

The baby’s arms and legs stirred ever so slightly. The black and white waves on the ultrasound screen jiggled up and down under the sonographer’s gentle pats; someone was knocking on baby’s door. Suddenly awake, the baby rolled her head towards the sonographer’s hands, and her eyes fluttered open. I stood, shocked, as I made eye-contact with a preborn baby.

For some reason, until I had looked that baby in the eye, the realness of preborn life hadn’t fully registered with me. The experience was so eye-opening that when my boss asked what I thought of the experience, all I could say was, “Their eyes — I didn’t know you could see their eyes!”

There is no excuse any more for thinking what is in the womb is just a blob of tissue! It is so clearly and obviously a baby human being made in the image of God!

The Supreme Court has been wrong, horribly wrong, before. Think Dred Scott, which was overturned by the 13th and 14th amendments in 1868. For 11 years that horrible mistake was allowed to stand.

Roe V. Wade has been allowed to stand for almost 50 years now and at least 63 million American babies have been killed as a result.

According to www.humancoalition.org The number of American babies killed by abortion each year is roughly equal to the number of United States military deaths in all U.S. wars combined. Think about that for a minute! Every single year in America more lives are taken by abortion than all lives lost in every war the US has ever fought put together! That is staggering.

Abortion is the sacrament of the liberal godless religion. The worst fear of godless liberal people is that their right to end life in a mother’s womb would be impeded.

Not everyone cares what the Bible says I know, but for those who do it is absolutely clear about life in the womb. David wrote in

“For you formed my inward parts; you knitted me together in my mother’s womb. I praise you, for I am fearfully and wonderfully made. Wonderful are your works; my soul knows it very well. My frame was not hidden from you, when I was being made in secret, intricately woven in the depths of the earth. Your eyes saw my unformed substance; in your book were written, every one of them, the days that were formed for me, when as yet there was none of them.”

“You clothed me with skin and flesh, and knit me together with bones and sinews. You have granted me life and steadfast love.”

“Before I formed you in your mother’s body I chose you. Before you were born I set you apart to serve me. I appointed you to be a prophet to the nations.”

When John the Baptist was in Elizabeth’s womb she didn’t refer to him as a fetus or blob of tissue. Check this out:

“When Elizabeth heard the greeting of Mary, the baby leaped in her womb. [And she exclaimed], ‘when the sound of your greeting reached my ears, the baby in my womb leaped for joy.”

It isn’t a blob it is a baby. Babies need to be protected before birth, during birth and after they are born.