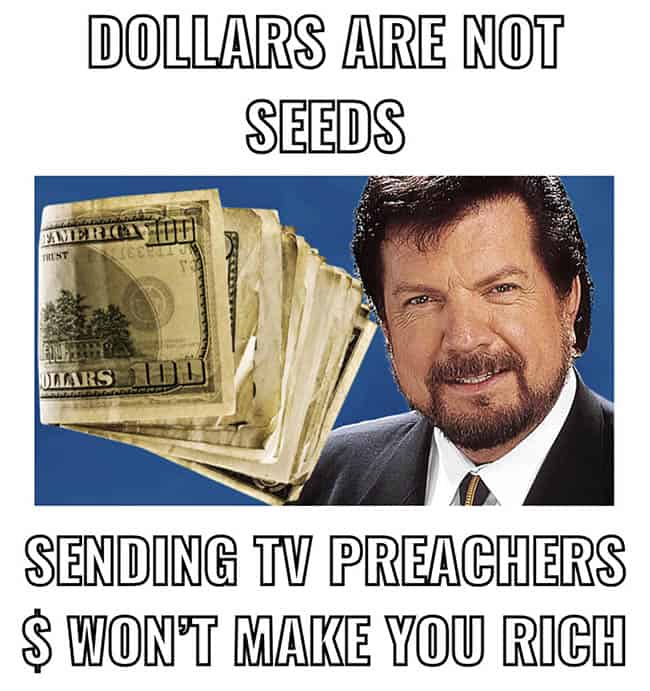 I have written much and often over the years about the false teachers, wolves in sheeps’ clothing i.e. charlatans on late night TV. They are still there and not just on late at night any more. Even the ones who were publicly debunked and disgraced for the crooks most of them are, almost all are back bigger and badder than ever.

Some notable examples were Robert Tilton (now 75 years old) and his “Success-N-Life” show. It was Tilton who started a local television program in Texas at his church that eventually grew into the “Daystar” Network. The small local program really took off when Tilton got “inspired” by watching real estate promoter, Dave Del Dotto host his hour-long infomercials, showcasing his opulent life in Hawaii.  Del Dotto was selling his late night audience on the idea that he could make them rich too by selling them his “get rich quick” books.

Tilton had seen the light and copied the get rich quick guru. He turned his program into a religious get rich quick scheme in the one hour late night infomercial format. Tilton’s infomercial grew into an 80 million dollar a year empire at his peak in 1991 and was the fastest growing televangelist program ever up to that time. 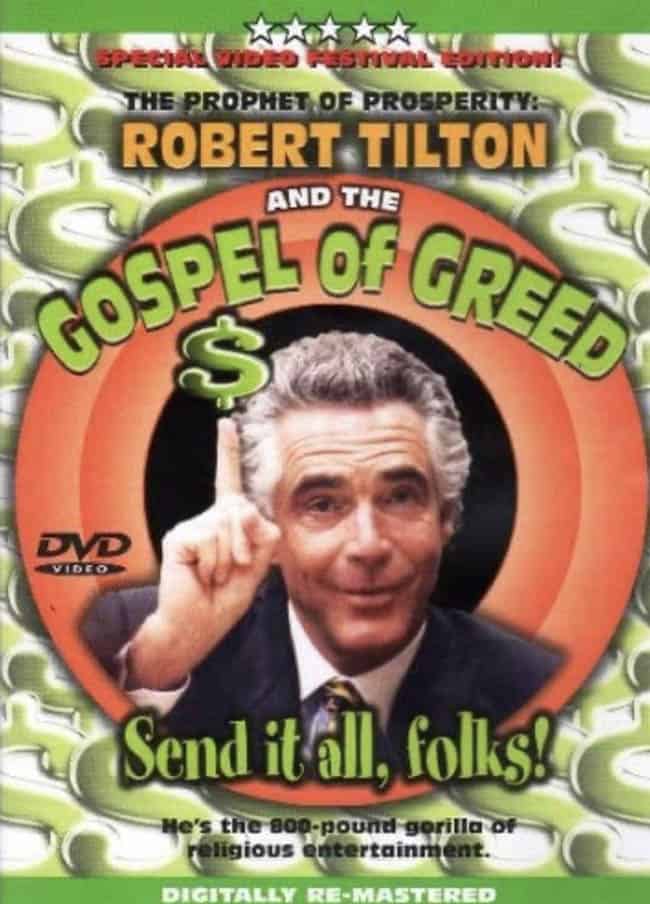 ABC’s “Primetime Live” did an expose on him and his fundraising practices.  A series of investigations were initiated. The result, thankfully, was that he was off the air entirely. “Dallas Morning News” published a story in 1992 that showed how Tilton used 84% of his airtime to self-promote and raise funds. It was exposed that mailed in prayer requests were thrown in a dumpster without ever being read.

Several lawsuits against Tilton were filed charging various forms of fraud. One such plaintiff won a settlement of 1.5 million dollars. Sadly, however, Tilton’s disappearance from the airwaves only lasted a short time because the “BET” and “THE WORD” Networks quickly put a jazzed up, slightly changed version back on the air.

In 1994 Tilton came back with a program called “Pastor Tilton” where he screamed at supposed demons. That show failed, but in 1997 Tilton was back yet again and so was his “Success-N-Life” program bilking the simple and desperate out of their money once again.

Tilton became a total laughingstock out of all televangelists. Even “Blue Collar Comedy” Star Ron White poked fun at him. In addition, a viral video on Youtube (over 2 million views) of Tilton’s crazy facial expressions was dubbed-over with sounds of flatulence called “The Farting Preacher.” There are many other references to Tilton making fun of his scandals and yet he came back like nothing happened.

Wikipedia says, “Popoff’s methods were definitively exposed in 1986 by the magician and skeptic James Randi and his associate Steve Shaw, an illusionist known professionally as Banachek, with technical assistance from the crime scene analyst and electronics expert Alexander Jason.

With computerized radio scanners, Jason was able to demonstrate that Popoff’s wife, Elizabeth, was using a wireless radio transmitter to broadcast information that she and her aides had culled from prayer request cards filled out by audience members. Popoff received the transmissions via an earpiece he was wearing and repeated the information to astonished audience members. Jason produced video segments interspersing the intercepted radio transmissions with Popoff’s ‘miraculous’ pronouncements.”

The Great Randi, as he was known, exposed Popoff on Johnny Carson’s “Tonight Show.” The whole hidden transmitter episode was even parodied in “Fletch Lives” a 1989 movie. In 1992 Steve Martin made fun of Popoff’s fraudlent “ministry” in a dramedy called “Leap of Faith.” In 2012 the movie ” Red Lights” used the Popoff scandal including Popoff’s wife’s infamous line, “Hello Petey, can you hear me? If you can’t you’re in trouble” almost word for word. 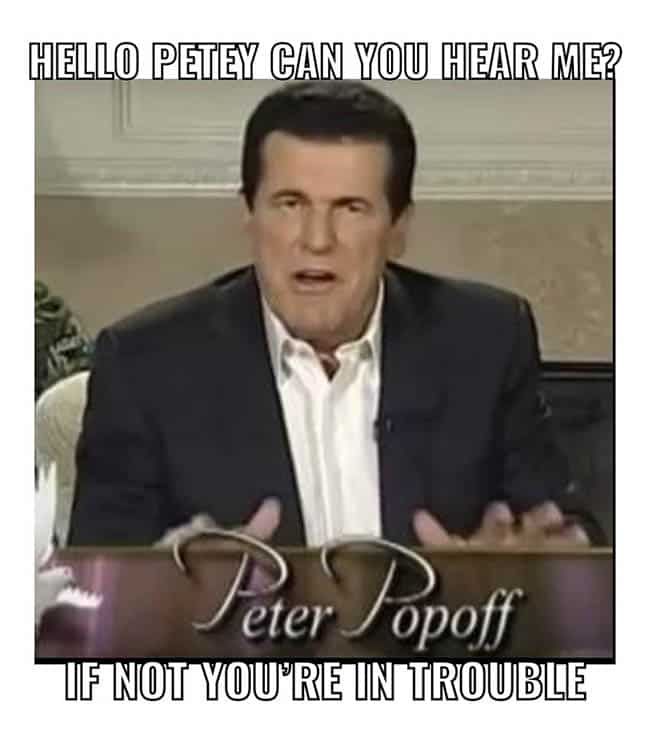 Jim Bakker (now 82) is back at it with a new wife and a new schtick but the same old money grubbing ways. Let us not forget Paul and Jan Crouch and TBN. Both of them finally died, but in their heyday they and their set looked like a parody of Jim and Tammy Bakker. The first time my wife and I saw them on TV we thought it was a Saturday Night Live skit, but they were serious.

Of course, then there was Oral Roberts himself crying on television and begging his audience for 4 million dollars within a certain time frame or God was going to kill him! These ridiculous clowns parading as men of God have literally made a laughingstock out of preachers. It is shameful, humiliating and embarrassing. 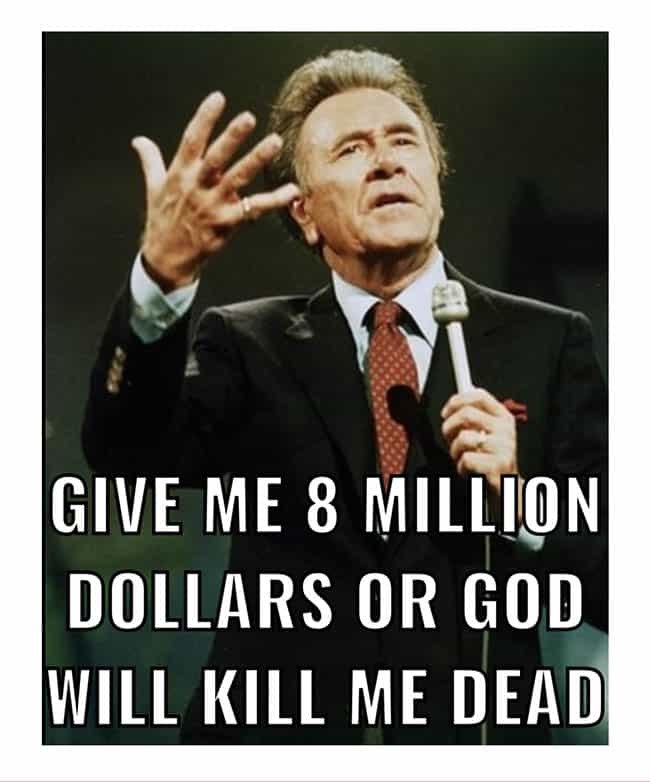 You still can’t turn on the over a dozen or so cable religious network channels any time day or night without hearing pleas for money they call seeds. You send them money as “seeds” as if it was going to God Himself and they promise you between a 10 and one thousand fold increase.

Little old ladies on Social Security with their meager fixed incomes send them millions every year. Many of the shysters have private jets. Kenneth Copeland (now 85) has a fleet of jets and other planes and his own airport (FAA LID:4T2) outside of Fort Worth, Texas! Look it up! Copeland boasts of being a billionaire. 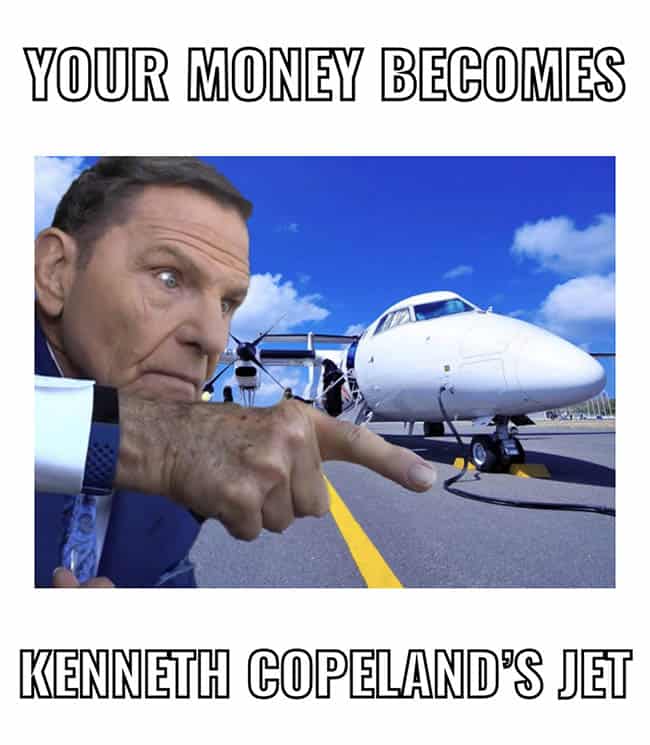 These old phonies have either passed on to give account to their creator already or will before long, since they are all advanced in years now. Unfortunately, the nonsense they started will be far from over when they are gone. There are plenty of younger ones to take their place milking the cash cow of charlatan television “evangelism.” Names like Creflo Dollar (who legally changed his name to reflect his god) Joseph Prince, and a host of other new faces.

These folks mentioned above are so easy to spot as false teachers who only serve their own interests, at the expense of the simple minded.  For anyone with a speck of discernment it isn’t hard to tell they are phonies. You almost have to want to be fooled to lose your money to this bunch, but they are not the most dangerous of the wolves in sheep’s clothing. Stay tuned for the ones you really have to watch out for.

I take no joy in writing this. It is painful to see what people have done in the name of Jesus and the gospel. But just because there are many visible counterfeits out there, especially on TV, doesn’t mean that for every phony there aren’t a thousand good and faithful nameless pastors out there serving God and His flock truly and not for gain.

Somebody has to point out that the many money grubbers on TV absolutely do not represent Jesus Christ or His church in any way. Anybody who tells you that if you send them your money (they call it a seed) that God will return your money multiplied many times over is a liar and a wolf and they have nothing to do with the true gospel. 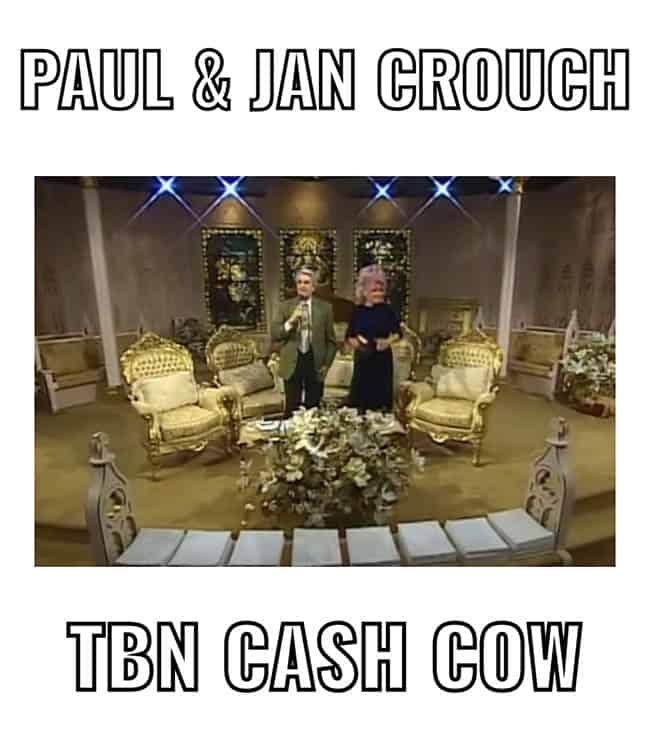