The Earth is not Our Mama!

From the beginning of the book of Genesis chapter 1, it is clear that the earth was created for man and not vice versa. Today it has become popular to think that man is here to serve the earth and that the earth would be better off without human beings. People are turned into offenders, enemies and aliens on earth.

Romans chapter one speaks of this also, when people try to forget God, it naturally follows that they tend to worship the creation rather than the creator. The world has gotten upside down and backwards and is heading in the wrong direction at a breathtaking pace.

The Green New Deal, global warming and climate change is a big focus of our new administration. Logically and common sensically challenged people like Alexandria Ocasio-Cortez and a 16 year old CHILD who suffers from Aspbergers ( an extreme form of autism) Greta Thunberg, are being hailed as prophets and voices to be taken seriously.

These “apostles” of global warming, climate change and the Green New Deal are telling us that if we don’t listen to them and drastically change our ways that life on earth will not be possible for more than a few more years! “According to the IPCC (Intergovernmental Panel on Climate Change), we are less than 12 years away from not being able to undo our mistakes.”

CNN says that a group called “BirthStrikers” have decided they can’t even bring children into a world facing an ecological breakdown, and where scientists predict climate change will bring bigger wildfires, more droughts, and food shortages for millions of people.

Even Pope Francis has joined the climate change battle cry. According to “The Guardian” he declared a global “climate emergency”, warning of the dangers of global heating and that a failure to act urgently to reduce greenhouse gases would be a brutal act of injustice toward the poor and future generations.

He also endorsed the 1.5C limit on temperature rises that some countries are now aiming for, referring to warnings from the Intergovernmental Panel on Climate Change of ‘catastrophic’ effects if we crossed such a threshold. He said a “radical energy transition” would be needed to stay within that limit, and urged young people and businesses to take a leading role.

The war on fossil fuels will be fought with incredible fervency now that the Democrats control the House, Senate, and the Presidency. Prices of gas and oil will start going up exponentially. Gas and diesel prices are already rising since the election and now there is nothing to stop the war against common sense. Once diesel, gas and oil prices go up then the cost of transporting all goods will naturally increase.

The war on coal, drilling, fracking and cheap domestic reliable resources in favor of windmills and solar panels is really a war on America as we know it! We are In for a cost of living increase such as this country has never seen and there are not enough voices of reason left in power to stop it.

Buckle up folks! We are in for a bumpy ride. Biden has already recommitted the US to the Paris Climate Agreement. Cost of living will skyrocket as we are going to tilt at windmills and fight a foolish battle against the boogieman of Global Warming.

All of this foolishness is coming to a country near you because we have forgotten that God created the earth for man! Man was given the earth to use and enjoy to meet our needs.

The Bible says in Psalm 8:4-6 “You have given him (man) dominion over the works of your hands; you have put all things under his feet.”

Man was not made for the earth, but the earth was made for man to enjoy and benefit from.

The New Testament in Romans 1 tells us what happens when men begin to worship the creation and forget the creator. God gives them up to foolishness! “Because that, when they knew God, they glorified him not as God, neither were thankful; but became vain in their imaginations, and their foolish heart was darkened. Professing themselves to be wise, they became fools.”

Fools have taken over our government and their policies aimed at controlling climate change and saving “Mother Earth” will begin to hurt those among us who are most vulnerable, poor and helpless. These policies are meant to save us from “weather!” Weather changes! That is the nature of weather. Temperatures fluctuate, that is what weather does.

When I was a kid growing up in the 1970’s the boogie man back then we were told was going to get us was global cooling! We were warned that glaciers were going to build up and take over the planet. It is amazing that people worry about things that the Bible says we don’t need to worry about and don’t care at all about things the Bible does say we should be concerned about.

“Wherefore God also gave them up to uncleanness through the lusts of their own hearts, to dishonour their own bodies between themselves: Who changed the truth of God into a lie, and worshipped and served the creature more than the Creator, who is blessed for ever. Amen.”

The Bible clearly tells us that the earth was never intended to last forever! It is all going to burn up and melt with fervent heat in the end and a new heaven and earth will take its place when this one has served its purpose.

All of this earth worship and concern over saving the planet Is nothing more than arranging deck chairs on the Titanic. It is all going to burn up and be destroyed.

Folks, read the Bible. Get familiar with it and you don’t have to worry about so many things that people who don’t read it are so concerned with. Get tight with the God of the Bible. Have faith and not fear. Be rich toward God. If you are already a believer in Jesus Christ then look up and not outward toward the foolishness of this world and its politicians. Turn off the news and read the Bible and pray!

If it were not for my faith in God, Jesus Christ as my savior, and my reading and studying the Bible as God’s Holy Word I would be in despair right now at all the things that are going on in our country! Since the election of 2020 I have had to daily remind myself that my citizenship is not of this world and that I am only a Pilgrim here. Though my heart breaks at what is being done to the country that I love, my faith is strong and my citizenship is in Heaven.

Look up my friends, not out. Surely Joe Biden and Kamala Harris, as bad as they are, are not worse than Nero and Domitian back in the first century! If The apostles could focus on God and not what was going on in Rome surely we can! 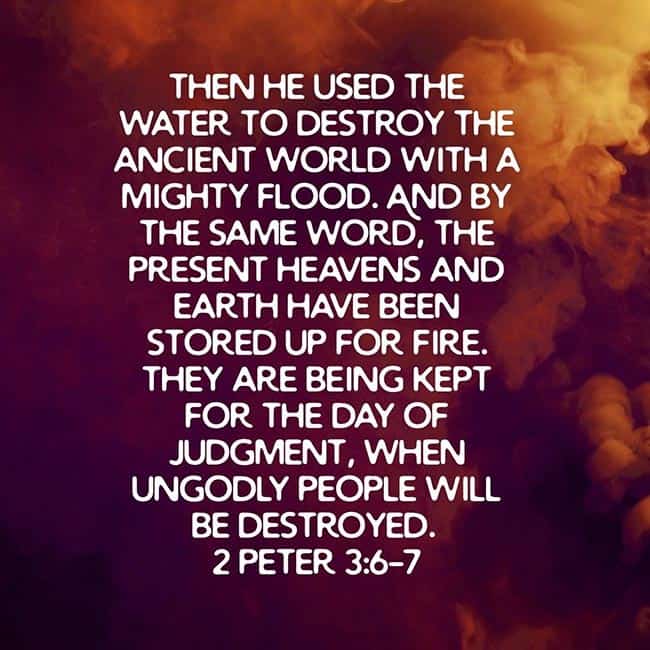 Is There Still Hope For America? Is Jesus the Only Way to Heaven?