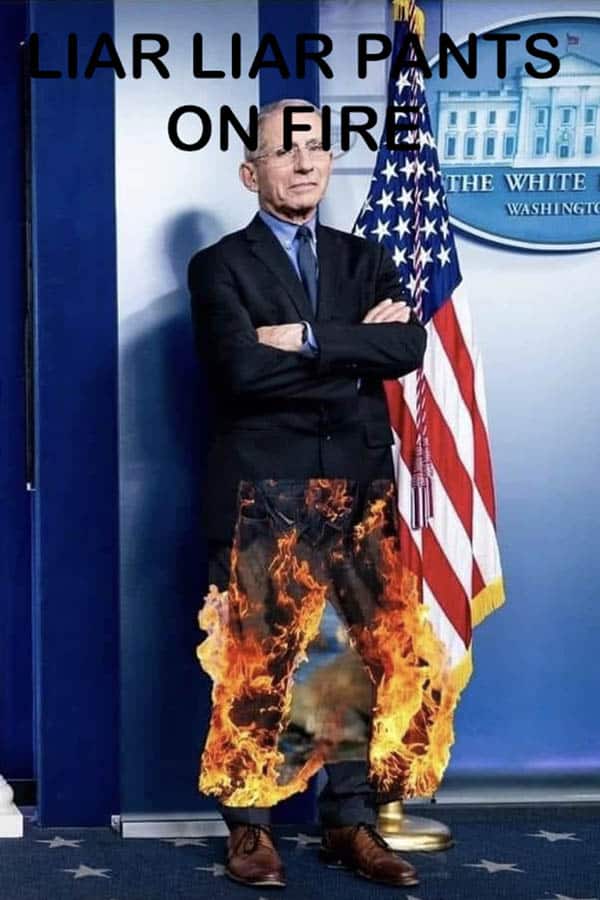 The released emails have certainly raised, at the very least, questions on whether he promoted Chinese denials of the theory that Covid-19 leaked from a lab in Wuhan.

Even Facebook has had to stop “fact checking” or more aptly censoring posts that claim the Covid-19 virus was likely man made in the Wuhan, China, lab!

According to the BBC, “In one email sent last April, an executive at a health charity thanked Dr Fauci for publicly stating that scientific evidence does not support the lab-leak theory.”

The BBC also reports, “US media reports have suggested growing evidence the (Covid-19) virus could instead have emerged from a lab in Wuhan, perhaps through an accidental leak.”

It is quite telling when even Facebook has to stop censoring and “fact checking” that the virus was likely spawned in the Chinese laboratory.

Conservative critics such as Candace Owens and Tucker Carlson are going so far as to suggest that Dr Fauci may have engaged in a cover-up, and even claim he perjured himself in testimony to Congress.

“Firing Fauci does not go far enough,” (Candace) Owens said. “Anthony Fauci needs to be tried and put into federal prison. He ruined millions of lives via depression, bankruptcy, suicide, & preyed on children via school. He (and many others) have taken part in the crime of the century. We all knew it.”

Fauci wrecked the country, but he won’t face any consequences.”

“Last winter, a group of well-known scientists publicly dismissed the lab leak theory in a letter to ‘The Lancet’ as absurd and categorically untrue, and yet at the same time, they wrote emails to each other admitting that the virus looked engineered, by human hand, in a lab. Meanwhile, Tony Fauci worked on censorship. He made certain that the self-appointed fact-checkers who control the flow of information in this country shut down anyone who dared challenge the official story, which we now know was a lie. In the final days of the last administration, the State Department finally began a serious investigation into the origins of COVID, into what was happening at Wuhan Institute of Virology. Almost immediately after the election, Joe Biden canceled it.

In all, the lying went on for a year and a half. We’re just learning how deep it went.”

“On March 16, someone relayed a question for Fauci that a Fox News host, Steve Hilton, had asked on air.”

“Given the relative safety of all but the elderly and those whose immune systems are compromised, why not quarantine only them?”

Fauci’s response: “Stay tuned.” So we did. And in the next few weeks, Fauci shut the country down. He encouraged closing schools, for example, even though, as he wrote in one February email, “Children have a very low rate of infection.”  He knew that, but he pushed to close schools anyway.” 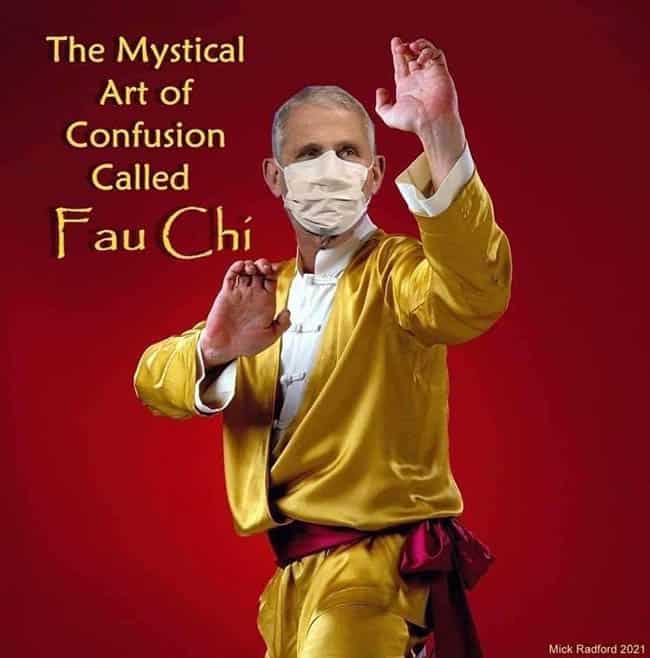 I might add my personal opinion here (after all this is an opinion column) as to why Dr. Fauci did what he did. It seems obvious to me that it was mostly for the destruction of the Trump economy and the Trump presidency. Before the country was shut down by Fauci, and the US economy destroyed, did anyone truly think Trump would not be re-elected in a landslide?

“According to an investigation in Vanity Fair magazine published on Thursday, (June 3rd) Department of State officials discussed the origins of coronavirus at a meeting on 9 December 2020.”

“They were told not to explore claims about gain-of-function experiments at the Wuhan lab to avoid attracting unwelcome attention to US government funding of such research, reports ‘Vanity Fair.’”

“Gain-of-function studies involve altering pathogens to make them more transmissible in order to learn more about how they might mutate.”

“The ‘Wall Street Journal’ reported last month that three employees at the Wuhan Institute of Virology fell ill and were admitted to hospital in November 2019, just before the first reported Covid-19 cases.”

Within days even liberal darling, President Joe Biden, instructed US spy agencies to conduct a 90-day review into whether the Covid-19 virus could have been manufactured in the Chinese Wuhan lab!

Fauci actually had direct ties to the Wuhan research lab where the virus was, more than likely, created. “The NIH, which is a US public health agency, gave $600,000 (£425,000) to the Wuhan Institute of Virology from 2014-19 via a grant to the New York-based non-profit group EcoHealth Alliance, for the purpose of researching bat coronaviruses.” 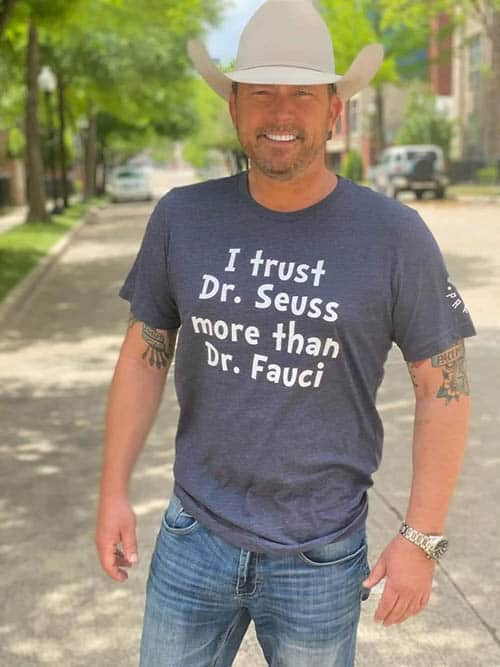 “Then he (Fauci) told everyone in the country to wear masks, even though he knew they didn’t work. As he explained in another February email, ‘The typical mask you buy in the drug store is not really effective in keeping out the virus, which is small enough to pass through the material.’”

My wife, as an Registered Nurse said from the beginning that the dime store or homemade cloth masks, perhaps sewn with lots of love, maybe by your sweet Aunt Minnie and her coffee klatch sewing circle, would not be effective and that every nurse knows that you have to wear the appropriate mask for the appropriate task! Also, unless you are in a hospital environment and in danger of being sprayed with bodily fluids, like in a surgical suite,  masks are for the sick to wear, not the healthy! 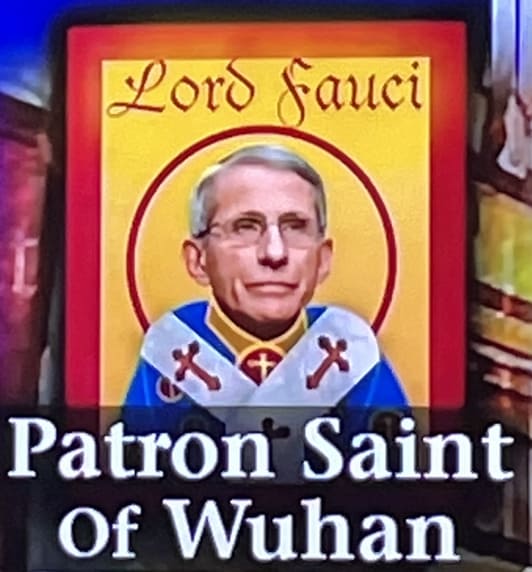 N-95 medical grade masks might actually have done some good, but they were in short supply for the medical care givers who actually needed them, so John Q. Public (folks like you and me) was encouraged not to buy them up and take them away from health workers who needed them.

Also, quarantines are for sick people, not the healthy! And yet, quarantines and/or shelter in place protocols were used by Fauci and people like Bill Gates as a weapon to destroy the American economy so that Trump might be defeated.

“Those drugstore masks don’t work. But Fauci continued to demand that you wear those drugstore masks. He continued to demand the lockdown continue. Why did he do that when he knew, and we know for certain now, we can prove it because we have the emails, he knew those were not recommendations grounded in science. But he pushed them anyway. We can’t say for certain. We do know the effect of his recommendations was a kind of ‘medical martial law.’ The country was so miserable and off-balance, for so long, that no one thought to ask where the virus came from. But Fauci knew where it came from. Here he is in 2018, celebrating the end of the federal moratorium on U.S. taxpayer funding for gain-of-function research:

“FAUCI: NIH lifts funding pause on gain of function research. So let me explain this a little. Because whenever this comes out, there’s always – the pushing back and forth from the press. So like “NIH now is going to do dangerous research.” No. As a matter of fact, it’s exactly the opposite. So a framework has been now established to guide funding decisions on proposed research that might be anticipated to create transfer or use enhanced potential pandemic pathogens.”

“The NIH, Tony Fauci, paid for the Chinese to do dangerous experiments. There’s no debate about that now. It happened.” ~ Tucker Carlson

I hope the Fauci emails will be taken seriously by folks to finally end the use of these ridiculous & useless face diapers 😷. Don’t listen to the liberal mainstream media tell you what was or wasn’t in Fauci’s infamous emails, or tell you what they mean or didn’t mean! Study them for yourself! The truth is out there! 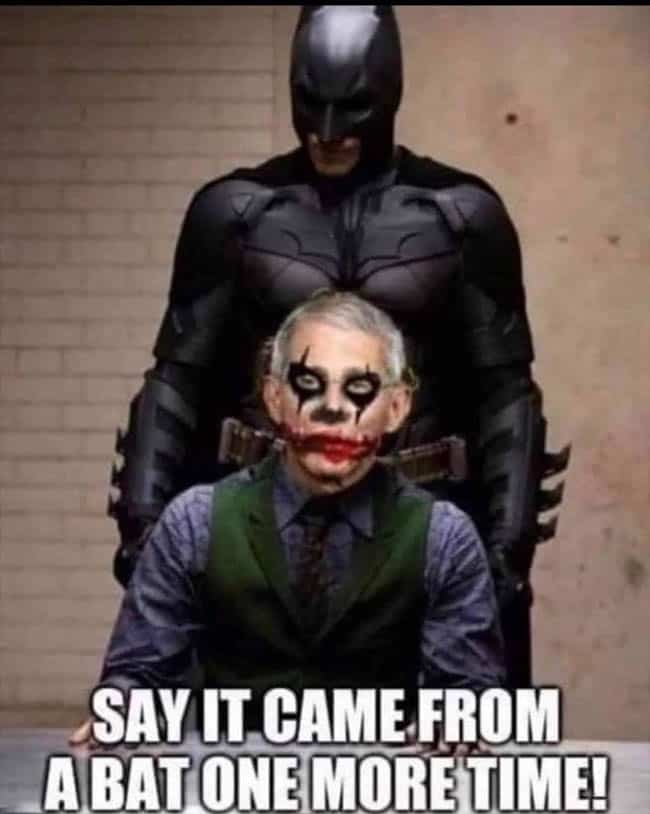