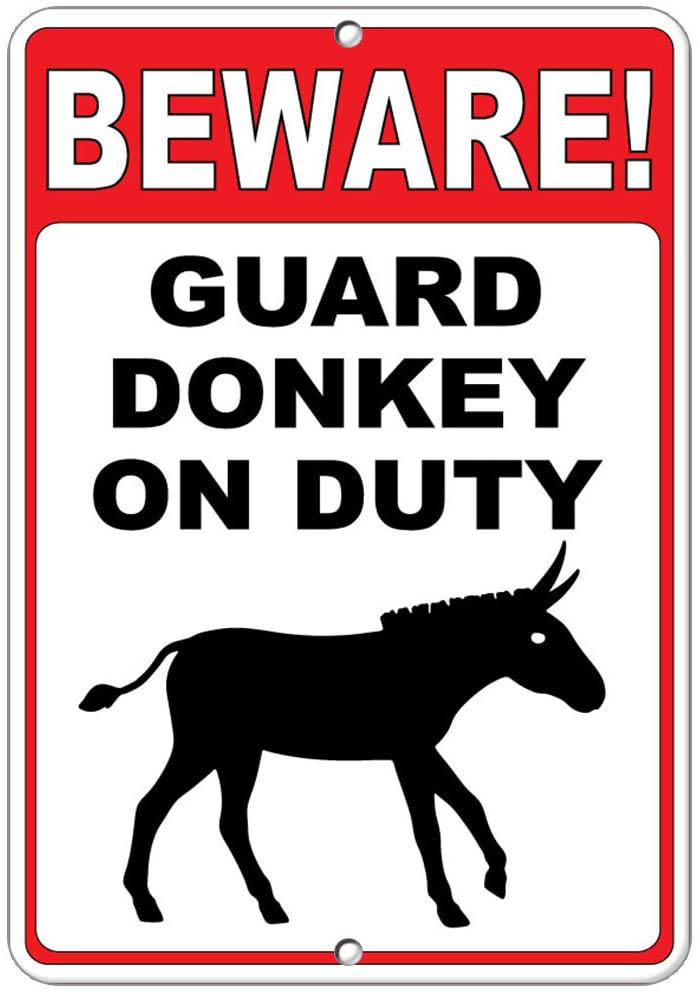 Arizona has a lot of wild donkeys. One Arizona town even has dozens of wild donkeys out literally roaming their streets. We have personally seen wild donkeys up by Lake Pleasant just north of Phoenix. Having been raised in Illinois it is so cool to see wild donkeys just out running around wild and free! The plants and animals we see here are so different and way more fascinating than anything we were used to seeing back home.

Oatman, Arizona, is an old west mining town up on old Route 66, about 3 1/2 hours northwest of Buckeye. Oatman streets are filled with donkeys, who just might be the new sheriffs in town. Some people may call them burros, which is just the Spanish term for “donkey.”

The donkeys are wild, mostly friendly, and usually hungry. Some stores around town sell burro food, so that you can feed any hungry donkey that comes your way. Burro food only costs about $1 per bag, and each bag is filled with hay cubes.

You’re likely to see some baby donkeys out roaming around too.

We were so fascinated to see wild donkeys we looked up some facts about them online. The most interesting thing that we found about donkeys is that they can be and are used to protect whole herds of other types of animals! Everybody has heard of guard dogs, but “GUARD” donkeys?

Donkeys are actually excellent guard animals. They will bray loudly, bite and kick (oftentimes to death) any would be intruder.

“Livestock guardian animals are relatively new to the U.S., but have been used for centuries in Europe and Asia. Guardian dogs, llamas and donkeys can be incorporated with other management tools for a well-grounded approach to predator deterrence.”

“Donkeys probably do not deliberately protect livestock. Many donkeys dislike and are aggressive towards dogs, coyotes and foxes and provide indirect protection for domestic animals. Donkeys have exceptional hearing, a keen nose and excellent vision. They use these senses to detect intruders. They bray, bare their teeth, chase, and attempt to kick and bite dogs and coyotes. Some donkeys will also chase deer, bears, strange livestock, humans and other intruders in a similar fashion.”

“Donkeys do not intentionally patrol the pasture looking for intruders. They investigate disturbances within the herd or flock and will pursue predators or intruders if they detect them. They are most successful in protecting livestock in small and level pastures, where the donkey can see all or most of the area from one location. In addition to the aggressive behavior of the donkeys, the presence of a large animal with smaller livestock may be sufficient to cause some coyotes, dogs and other predators to avoid the area.”

Llamas are also used to guard herds of other animals!

“If you have other livestock such as sheep, goats, horses, or even cows, they can be very vulnerable to predators. Even small coyotes will be a big danger to small livestock, and a pack of coyotes can take down horses and cows. Llamas are growing in popularity as guardian animals because they take less care and training than dogs and are less likely to jump a fence and roam. Best of all, a single llama can guard several hundred other animals, but are equally at home with one or two charges to guard.” 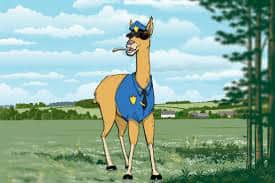 “Dogs are popular guardians for property, but they can present legal problems for their owners. Whether it is right or not, you can be liable for the injuries your dog causes. Llamas do their job, in most cases, without actually hurting the intruder. Their size and the tendency to spit at and chase strangers is a non-violent deterrent to any intruder.”

Who ever heard of someone getting sued because their guard donkey or guard llama bit someone?

Next time you see a donkey or a llama look closely and see if they just might be wearing a badge!

Joel Osteen, Pastor of The Laodicean Church in Houston The 2nd Prettiest Drive in AZ