Joel Osteen, Pastor of The Laodicean Church in Houston

I have been doing a Bible study with my brother in law, Alan, from Denver, on the book of Revelation and we just covered Christ’s letter to the church in Laodicea. In this letter Christ pictures Himself as standing outside the closed door of that church and knocking to get in.

His message to the church of Laodicea was that they were lukewarm, neither cold or hot, and they made Him sick—and that He would spew them out of His mouth.

Laodicea was the church of compromise—going along and getting along, taking the easy path, the middle of the road.

Several years ago the “pastor” of the largest “church” in America—Lakewood Church, in Houston, Texas, (attendance weekly 52,000 and meets in the former Houston Rockets basketball stadium) was on “Larry King Live.” That interview is the epitome of an example of the modern Laodicean, lukewarm, compromised church. 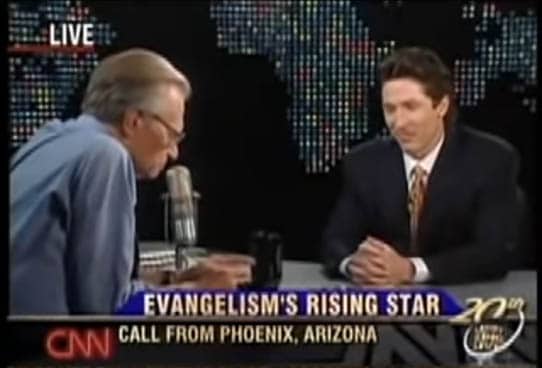 The following is an excerpt from Dr. Terry Watkins’ excellent article where he quoted word for word the exchange between Larry King and Joel Osteen:

KING: What if you’re Jewish or Muslim, you don’t accept Christ at all?

OSTEEN: You know, I’m very careful about saying who would and wouldn’t go to heaven. I don’t know …

At this point, even Larry King appears surprised by Osteen?s answer. Then Larry tosses Osteen a “soft-ball” to explain his previous answer. And again Osteen openly denies that Jesus Christ is the ONLY way of salvation.

KING: If you believe you have to believe in Christ? They’re wrong, aren’t they?

Again Osteen denies the redemptive work of the Lord Jesus Christ. Notice, he praises the pagan, false-religion of India as ‘I know they love God.’ Unbelievable. . .

Osteen did get another chance. . .

After Larry King opened the phone lines, a concerned Christian asks Joel to clarify his previous statement (which we just viewed). Again Osteen could easily clear this up.

CALLER: Hello, Larry. You’re the best, and thank you, Joe — Joel — for your positive messages and your book. I’m wondering, though, why you side-stepped Larry’s earlier question about how we get to heaven? The Bible clearly tells us that Jesus is the way, the truth and the light (sic) and the only way to the father is through him. That’s not really a message of condemnation but of truth.

KING: So then a Jew is not going to heaven?

KING: But you believe your way.

KING: But for someone who doesn’t share it is wrong, isn’t he?

KING: So you make no judgment on anyone?

And here Larry really tosses Joel a soft-ball. How about a God-defying atheist? And again, Osteen will not confess that Jesus Christ is the ONLY way of salvation.

KING: What about atheists?

OSTEEN: You know what, I’m going to let someone — I’m going to let God be the judge of who goes to heaven and hell. I just — again, I present the truth, and I say it every week. You know, I believe it’s a relationship with Jesus. But you know what? I’m not going to go around telling everybody else if they don’t want to believe that that’s going to be their choice. God’s got to look at your own heart. God’s got to look at your heart, and only God knows that.”

Dr. Terry Watkins sums up why this interview was and is so disturbing:

“The first very alarming portrait of Osteen’s heart (Matthew 12:34) deals with the most important subject in the Bible—salvation is only through the redemptive blood of the Lord Jesus Christ at Calvary. Nothing is more important. Nothing is more evident in the scriptures. The following scriptures (among many) loudly and boldly proclaim Jesus Christ as the ONE and ONLY way of salvation, without any room for misinterpretation or misunderstanding. The Bible makes this crystal-clear. Other doctrines may have opportunity for argument, but not this one.”

1 Timothy 2:5-6: “For there is one God, and one mediator between God and men, the man Christ Jesus; Who gave himself a ransom for all, to be testified in due time.” 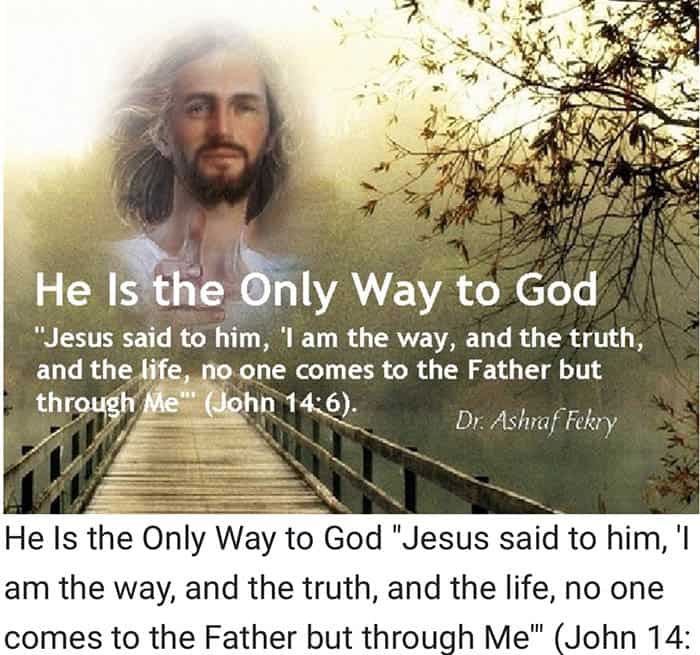 Joel Osteen had the perfect opportunity to present the gospel to millions of people who would never be caught dead in a church, but did watch Larry King’s show. But, he chose to take the easy path and tiptoe around the subject, and for the sake of not offending anyone, compromise so badly that there was no real gospel left in his message at all.

We are living in the age where the Laodicean church is all that is left of so many churches and denominations that used to believe and preach the truth that Jesus is the only way to Heaven as the Bible clearly says.

Jesus said, “I am the way and the truth and the life. No one comes to the Father except through me.” John 14:6

“Nor is there salvation in any other, for there is no other name (other than Jesus) under heaven given among men by which we must be saved.” Acts 4:12

We do not do anyone any favors, including ourselves, if we are truly believers in Jesus Christ if we deny the fact that Jesus and the Christian Bible claim there is only one way to Heaven!

Oprah says, “There are millions of ways to be a human being, and many paths to what you call God.”

Well, folks, Oprah Winfrey doesn’t get to decide who goes to Heaven or not! Jesus will decide and He clearly said He is the only way.

I’ll take the words of Jesus and the Bible over Oprah Winfrey and Joel Osteen every time!