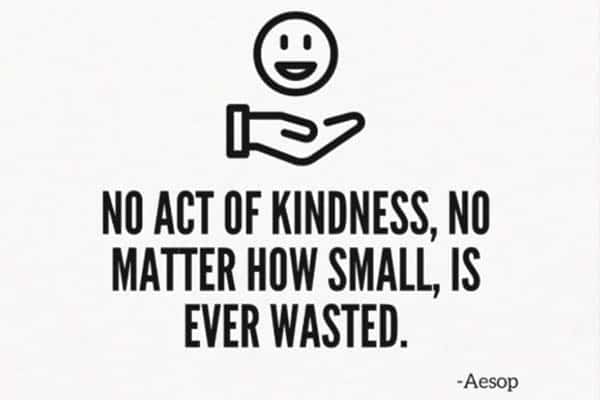 Sometimes there are good people who, through a single act of kindness, are remembered forever. The year was 1974 and I was 16, young and dumb. I hadn’t ventured far from my hometown alone. My first big adventure was to go to the Heart of Illinois Fair in Peoria, Illinois.

Young folks may not be too familiar with how a checking account worked before the advent of debit cards, but in the 1970s most everyone carried a checkbook in the same way that today everybody has credit cards and ATM machines. Back then nobody used credit or debit cards like they are used today and ATMs weren’t much of a thing yet.

Most businesses, at least in or near your hometown, took checks. If you wanted to get cash you wrote a check at your bank or to a business and they gave you cash. Hard to imagine now, but that is how it was done back in the day.

Well, that day, I had a ball at the fair and forgot that I needed gas to make it back home. I was not careful to keep some money back for gas. I spent it all. No big deal, I thought. I would just write a check—but…not in Peoria, Illinois, as I found out rather quickly.

It was late at night. All banks had long since closed. No gas station in Peoria would take a check from out of town, especially from a pimple-faced teenager.

What was I to do? I decided to see if a hotel would take my check for some cash. Nope.

Fortunately for me, a policeman named Beecher Horton, overheard my plight and came over and talked to me. He seemed truly interested in my problem. Interested enough that he asked me what I planned to do. “I guess I will have to sleep in my car until the banks open in the morning”, I told him.

Officer Horton told me that he couldn’t let me do that! Peoria is a fairly big town with a lot of crime and he said it would not be safe to sleep in my car there anywhere. I asked him what he suggested then, and he had no suggestion.

I asked Officer Horton if he would consider taking a check from me for just $5.00 and he said no. I told him then I had no choice but to sleep in my car. He looked me in the eye and made me an offer. He told me he wouldn’t take my check, but he would loan me a five, write his name and address on a piece of paper, and if I was an honest man the first thing I would do when I got home was put a five in an envelope and mail it back to him. That is exactly what I did.

The name Beecher Horton will be remembered by me as long as I live. I bet he didn’t remember my name, but I sure remember his. I never saw Officer Horton again but I will never forget his act of kindness. I also learned a valuable lesson. Just because nearly every business in my hometown took checks, that isn’t the case when you travel away from your hometown!

There are several other names I will never forget. A local businessman named Fred Cline loaned me his brand new pickup truck one time to haul an engine for my car! Who loans a 16 year old a brand new truck? I can’t believe I had the nerve to ask him and I can’t believe he said yes.

Fred Cline’s name will always be remembered fondly by me these almost 50 years later, now and for as long as I live.

Several other men and one lady, some of whom have long since died, are indelibly printed fondly in my memories. The memories of acts of kindness to me, when I was a fatherless teen, make the names of Bob Hagen, Rev. Ken File, Alfred Jones, Troy Ellison, & Connie Peterson always with me and make me smile when I think of them.

I am very thankful for those folks who were so kind to a lonely fatherless teen so many years ago. They will always be remembered as long as I live.