In Honor of Mother’s Day 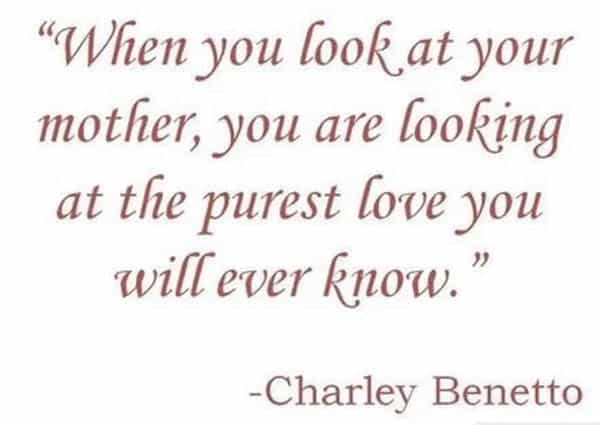 If a kid has a good mother the world is their oyster. Anything is possible. Likewise, if a kid doesn’t have the love and nurture of a good mother chances of things turning out well are seriously compromised.

Take the case of Charles Manson. If you were to try to create a recipe to grow a man into a cult leader and serial killer you couldn’t script it any better than Manson’s mother!

Kathleen Maddox didn’t even bother to name her son and he became known by the nurses in the hospital where he was born as “No Name Maddox.” She was labeled as an alcoholic, prostitute and was said to have sold her son for a pint of beer!

Charles was born to Kathleen when she was 15 in 1934 at a Cincinnati hospital. Birth records from that year show that the official name given to her baby on his birth certificate was in fact “No Name Maddox.”

Manson was often abandoned by his mother and once while she was in jail, he was sent to live with his aunt and uncle. When he was 12 he was sent away to live in a Catholic school for delinquents. Charles “Manson” got his last name from one of the many men in his mother’s life, but he wasn’t around for long either.

Charlie often ran away and escaped the reform schools and eventually stole a car, robbed a gas station and was sent to a maximum security prison in 1951.

Is it any wonder that an abandoned kid raised off and on by a drug addicted alcoholic prostitute and in reform schools might turn out to be a Charles Manson?

I had the absolute opposite of Charles Manson’s mother. My mom raised my brother and me pretty much alone and yet we never lacked for anything. We had the mother every kid would want.

Mom always told us if we were ever in a situation we weren’t comfortable with we could always call her any time of day or night and she would come and get us, no questions asked.

Some of our neighbor kids had no curfew and their parents never knew or cared when or if they came home at all. We had a strict curfew and didn’t always appreciate it, but I recall one time admitting to Mom that even though it was frustrating to have to be home earlier than other kids it was nice to have a mother who cared.

Mom was the kind of mother who always made us feel welcome to wake her up for any reason. As a single mother, she worked a lot of hours to provide for us and always had to be up early, but she was never too tired for my brother and me.

I remember one time when I was around 13 or so I was watching Wolfman Jack and the Midnight Special on tv, which didn’t even come on until midnight. I saw something so strange and troubling that I went and woke mom up to come downstairs and help me understand what strangeness I was seeing on the tv.

It was David Bowie in a one piece leotard with a tail sewn on prancing around with a girl’s hairdo and singing. Back then I had never seen anything like that. Mom woke up and came down gladly and watched with me and when Bowie was done prancing around and being weird I asked her what was up with that. She said she had no idea either and she had never seen anything like it herself and she couldn’t possibly shed any light on it. We both had a good laugh. David Bowie is super tame by today’s standards and nobody would bat an eye now, but in the early 70s he was quite a spectacle.

My dad (who left us when I was 14 and was largely uninvolved in my day to day life) told me he would come to all my games if I went out for football. Mom didn’t want me to play football. She was afraid I’d get hurt. But, guess who came to 1 game—Dad, and guess who came to every game, even the away games—Mom. Mom was always on the front row cheering me on in everything I ever did.

If you are a single mom take heart. Your kids can turn out just fine.

“Thou art my beloved Son, in whom I am well pleased.” Mom always said that was her favorite verse in the Bible. I miss her every day.

Remembering Acts of Kindness The Most Incredible 29 Miles of Arizona