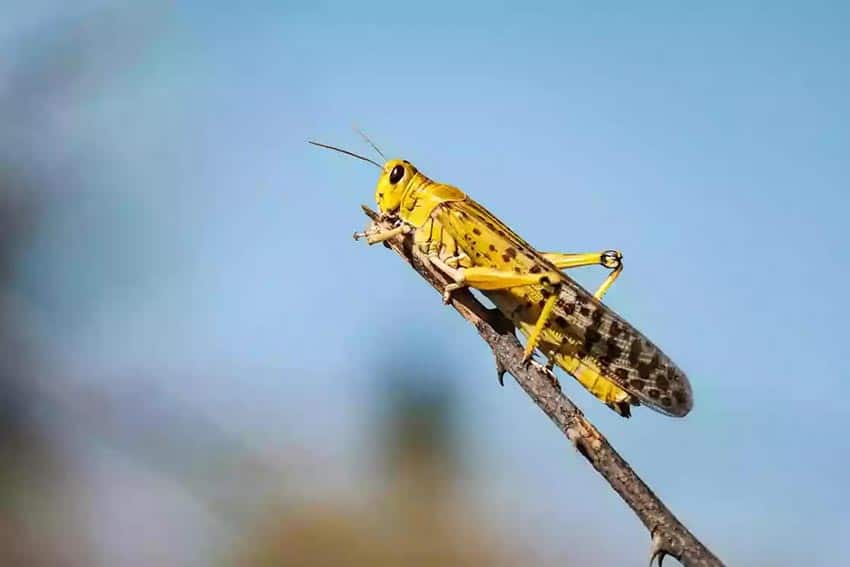 The plague of locusts that God used Moses to send to unbelieving Pharaoh back in Genesis was only unique in that it was sent by God at a specific time for a specific purpose, to get Pharaoh to let the Israelite slaves go free from Egypt. Locust plagues have been around since Adam sinned in the Garden of Eden, and are still a very real problem in the world today, even here in Arizona!

“During a plague year, locusts can impact 1 in 10 people and cover 20% of Earth’s land surfaces, according to ASU’s Global Locust Initiative.”

To my surprise ASU (Arizona State University) is very involved in preparing to fight plagues of locusts. The February 14, 2020, installment of “ASU NEWS” tells about their efforts:

“ASU’s Global Locust Initiative is developing solutions to the challenge of locust plagues.”

“As Overson explains, there are hundreds of species of grasshoppers, ‘but only a small handful of those are what we consider locusts.’

That raises a question: What makes a locust a locust? According to Overson, it comes down to a superpower possessed by locusts that enables them to go through a remarkable switch in development.

Most of the time, locusts exist in their ‘grasshopper phase’— they lead solitary lives, they’re green and pretty unremarkable.

‘Nobody really notices them,’ Overson says. The timing of this varies, and the shifts are pretty irregular, but for years, locusts can live like this – alone, biding their time. But when environmental conditions are right — usually when there’s a lot of rainfall and moisture — something dramatic happens: ‘They increase in numbers, and as they do so, they sense one another around them,’ says Overson.

This is what biologists call the ‘gregarious phase’ of the locust. The creatures undergo a remarkable transformation. ‘They change their physiology. Their brain changes, their coloration changes, their body size changes,’ Overson says. ‘Instead of repelling one another, they become attracted to one another — and if those conditions persist in the environment, they start to march together in coordinated formations across the landscape…’”

“A LOCUST, according to the Encyclopedia Britannica, is an insect which at times multiplies greatly and migrates long distances in destructive swarms. Entomologists say that it has two rather human sides to its character — it is both solitary and gregarious. Normally the solitary outlook prevails; presumably at such times the insect goes its ruggedly individualistic way and growls at invitations to swarm as distasteful exhibitions of mob psychology. When things become tough, however, and food is scarce, the gregarious side of the locust’s character takes over, and supposedly he mutters that, after all, there is safety in numbers and a long flight somewhere, anywhere, would be better than staying where he is.”

“When he makes this shift in character, where he goes and how long he stays until he moves on remain almost as unforeseeable as the quirks and crotchets of man-kind. Whenever his mood is gregarious, however, his appetite is boundless. Minnesota’s history and its laws record a lengthy running fight between this insect in his gregarious mood and the legislator.”

“Melanoplus spretus, known as the Rocky Mountain locust, and much more familiarly and contemptuously called a grasshopper by the frontiersmen, entered an irritable and gregarious phase in the early 1870s. He chose to visit southwestern Minnesota in June, 1873, and ate the harvest in parts of thirteen counties. Showing signs of taking up permanent residence, he ate his way through twenty-eight counties in 1874, nineteen in 1875, and damaged crops in varying degrees in about forty in 1876. The outlook was ominous in 1877, when Melanoplus spretus was known to have laid millions of eggs that were ready to hatch in warm weather. Governor John S. Pillsbury set aside April 26 as a special day of prayer…” ~ from an article written by WALTER N. TRENERRY from “Minnesota History”

The untold millions of eggs still hatched, but unlike before the day of prayer, instead of destroying the crops, in July and early August the insects swarmed  up and simply flew away!

Sometimes we have not because we ask not! It is hard to believe it took Minnesota several years to designate a day of prayer to ask God to remove their plague!

2 Chronicles 7:14 “and if My people who are called by My name humble themselves and pray and seek My face and turn from their wicked ways, then I will hear from heaven, forgive their sin, and heal their land.”

If you pray, ask God to deliver America from this plague of immorality. If you haven’t been a person of prayer, it is high time to start!

THE PLAGUE THEN: LOCUSTS

The blood of tens of millions of our most innocent unborn babies, who have been cruelly slaughtered in their mothers’ wombs, since Roe V. Wade in 1973, cry continually to God from the ground like the blood of righteous Abel.

The shedding of innocent blood cries out to God! 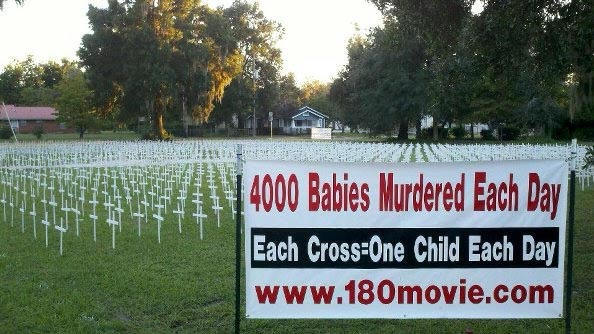 On the evening of March 5, 1770, British troops fired into a crowd of angry American colonists in Boston, Massachusetts, who had taunted and violently harassed them. Five colonists were killed. The event, which became known as the Boston Massacre, helped fuel the outrage against British rule—and spurred on the American Revolution.

A sermon by Rev. John Lathrop inspired by the horrid murder of Crispus Attucks* and others, in the streets of Boston by a party of troops under the command of British Captain Thomas Preston: on the fifth of March, 1770–preached the first Lord’s-Day following:

*(Crispus Attucks was a freed slave, the first victim of the Boston Massacre, and the American Revolution, a middle-aged sailor and rope-maker of mixed African American and American Indian descent, celebrated not just as one of the first martyrs in what became the fight for American independence, but also as a symbol of African Americans’ struggle for freedom and equality.)

“…if anyone by design slay another, or cause an innocent person to be put to death, that innocent blood crieth unto God from the ground: it crieth for vengeance . It crieth to all who see it, or hear of its being shed. It crieth to the murderer himself, and requires him to submit to justice, and receive his punishment. It crieth to those that are witnesses, and requires them to give faithful testimony of what they know. Whoever knows of murder and does not give information thereof, that the guilty may be brought to justice, will have innocent blood crying for vengeance to fall upon him. Innocent blood crieth to the magistrate, that the murderer be secured and brought to trial; it crieth to the judges, and requires that they see it avenged. And if innocent blood is not heard and avenged according to the strict requirements of the law of God and the laws of every good system of civil government, it will continue to cry, not only against the murderer, but the government and land, which suffers murderers to go unpunished.” ~Rev. John Lathrop 1740-1816 A.M. Pastor of the Second Church  (Old North) Boston, MA

Oh, God, please forgive us for promoting abortion and perversion, calling it good and right, and celebrating choice to commit such acts.

Uncle Harley One Person Standing Alone Can Make a Difference