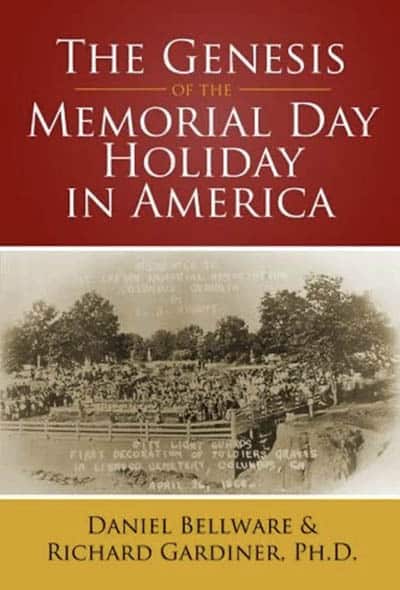 The History of Memorial Day

With Memorial Day (originally known as Decoration Day) approaching it might be good and proper (and I hope interesting) to look at this holiday. There are a lot of myths and misunderstandings about when, where, and how this holiday started. There is more than one legitimate claim to the origin of this holiday. Decorating the graves of fallen soldiers has been practiced in many places before the Civil War, but one place in particular seems to be the actual birth of this practice as a holiday.

Memorial Day, which is celebrated in May, sometimes gets confused with Veterans Day aka Armistice Day, which is celebrated in November. The main difference between the two is Veterans Day celebrates the service of all U.S. military veterans, living and dead, while Memorial Day honors only those who died while in military service. Memorial Day has become a holiday where families decorate the graves of all departed loved ones, but it started out solely for those graves of those who died in military service.

The celebration of Memorial Day can be traced directly back to four women who decorated the graves of fallen Civil War soldiers in one city.

“Columbus was a small town of about 6,000 people during the Civil War. Being near a rail line, Columbus received many mainly Confederate casualties of war, including those from the Battle of Shiloh in April, 1862, in nearby southwestern Tennessee. During the two days of that battle, a total of almost 3,500 soldiers were killed on both sides, and over 16,000 wounded. Columbus’s share of the casualties led to its becoming well known as a hospital town.”

“By the war’s end some 2,500 Confederate soldiers are thought to have been buried in the Friendship Cemetery in Columbus—along with, according to the National Archives, 32 Union soldiers as well.” ~ The Atlantic https://www.theatlantic.com/

“A year after the war’s end, in April 1866, four women of Columbus gathered together to decorate the graves of the Confederate soldiers. They also felt moved to honor the Union soldiers buried there, and to note the grief of their families, by decorating their graves as well. The story of their gesture of humanity and reconciliation is held by some writers as the inspiration of the original Memorial Day despite its occurring last among the claimed inspirations.” ~ Wikipedia

Some have even claimed that President Abraham Lincoln was the founder of Memorial Day because of the Gettysburg Address given at a Civil War cemetery in 1863, but this did not become a holiday.

While Lincoln did honor the dead of both sides in 1863 (Union and Confederate) while the Civil War raged on, it was the acts of the four sweet ladies of Columbus, Mississippi, just after the end of the war in 1866, that we can clearly trace back as the origin of our modern holiday.

In January 1866, the Ladies’ Memorial Association in Columbus, Georgia, passed a motion agreeing that they would designate a day to throw flowers on the graves of fallen soldiers buried at the cemetery, according to Richard Gardiner, an associate professor of history education at Columbus State University in Georgia, and co-author of “The Genesis of the Memorial Day Holiday” (Columbus State University, 2014). The Columbus ladies group didn’t want this to be an isolated event, so Mary Ann Williams, the group’s secretary, wrote a letter and sent it to newspapers all over the United States. ~ Credit to an article by @LauraGeggel taken from www.livescience.com

“On April 26, 1866, people across the South heeded Williams’ letter and threw flowers on the graves of Civil War soldiers. Some Southern women noticed that Yankee graves, interspersed with the graves of their loved ones, sat untended, Gardiner said. ‘They start to see these Union graves that are just laying there, kind of barren,’ he said. ‘Their hearts are warmed. Their hearts start to feel bad for the mothers who have lost these children. So, they start to throw flowers on the Yankee graves. And then that story gets published everywhere.’” ~ Laura Geggel

What a kind gesture it was for Southern women to see the graves of enemy soldiers buried in the South, hundreds of miles from their homes and families, with nobody to tend them, to adorn them with flowers.

So many Southern women repeated the practice on April 26 in 1866, 1867, and in 1868 that the story became so well known that the powers that be in the North decided to make it a national holiday.

In 1868, the day became a federal holiday, but there weren’t many wild flowers blooming in the North yet in April so the government pushed the date up a month, to May 30, so that people in both the North and South could decorate the graves of fallen soldiers with wild flowers.

Thank you to all who have served and gave the ultimate sacrifice, and have given us the freedoms we still enjoy.