Throw Them To The Lions 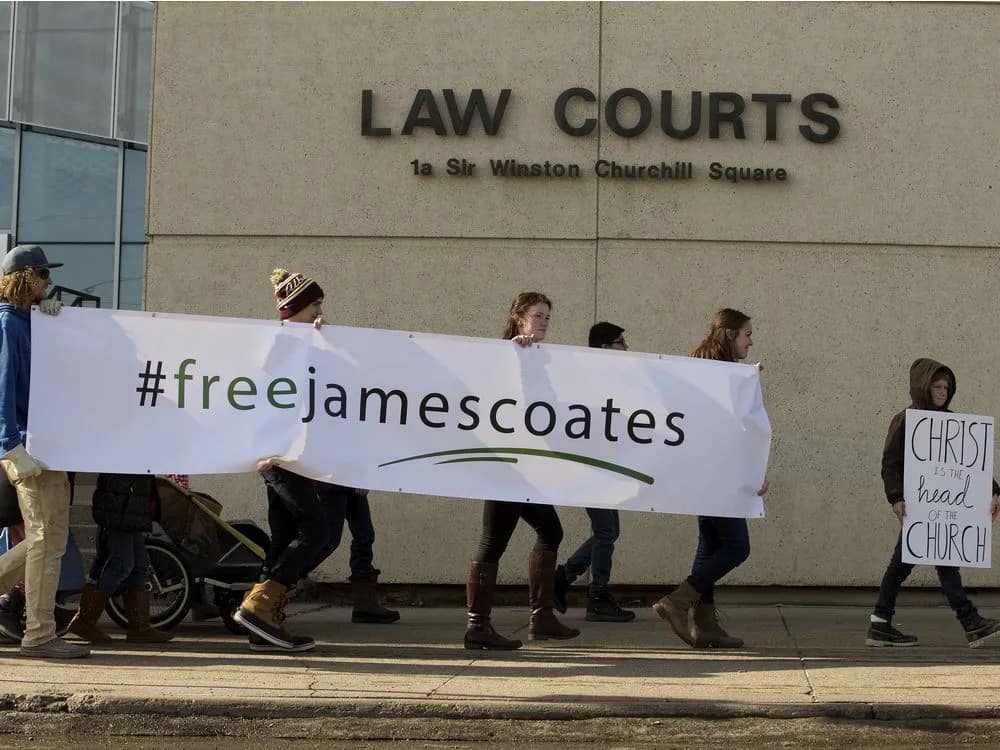 If I told you a Christian pastor of a Bible believing church was put in prison for simply preaching the gospel on a Sunday morning, would you believe me? Surely this was in communist China or some Muslim country, right? No siree. This wasn’t in North Korea, Somalia or Pakistan, but just to our north in Edmonton, Alberta, Canada!

On February 16th 2021, Pastor James Coates, of GraceLife Church turned himself in to the police. According to the Canadian Broadcasting Corporation, he was arrested “on two counts of contravening the Public Health Act and on one criminal charge for failing to comply with a condition of an undertaking.” Pastor Coates is now held in a remand centre (a maximum security provincial prison) under quarantine in solitary confinement as part of COVID-19 protocol.

The government of Alberta is using Covid to shut down churches and muzzle pastors. 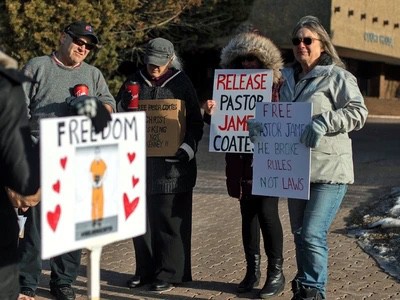 Pastor Coates is a graduate of The Master’s Seminary which was founded in 1986 by Dr. John MacArthur, pastor of Grace Community Church in Sun Valley, California (near Los Angeles). I personally have attended this church and toured the seminary. John MacArthur is my favorite preacher and author.

The Master’s Seminary wrote the following in their blog regarding Pastor Coates and the situation in Alberta:

“The pages of history are filled with examples of faithful believers who resolutely obeyed God, even if it meant facing severe repercussions from men. When Daniel refused to stop praying, he was thrown into a den of lions. When the apostles refused to stop proclaiming the name of Jesus, they were arrested and scourged. When the church father Polycarp refused to renounce Christ, he was burned at the stake. When the Puritan John Bunyan refused to stop preaching, he was put in jail for twelve years.”

“Many other examples could be given, but the point is clear. To obey God rather than men is not always easy. But it has been the heartbeat of believers in every age.

James Coates is a living illustration of that same kind of resolve. When government officials interfered with his congregation’s ability to meet and worship, James and his fellow elders determined they must choose God over government. That courageous stand came at a cost. James was arrested and put on trial. When he appeared before the judge, he was told he would be released if he stopped holding church services. Like Luther at the Diet of Worms, he respectfully answered that he could not do so. His conscience was bound to God and Scripture. As a result, James has been imprisoned and treated li as ke a common criminal.”

“It is clear the government of Edmonton wants to make an example out of James. We also want to point out his example, because his conduct has truly been exemplary. The faculty, staff, and students of The Master’s Seminary stand in solidarity with James and his church. He has made us proud. Our desire is to produce men who not only know the content of Scripture, but who live out biblical convictions. James is that kind of man—a Master’s man. We affirm his courage. But even more so, we applaud the unwavering convictions on which that courage is established.”

“We are trusting the Lord in all of this, and will continue to pray for our dear brother, his wife, his sons, his fellow elders, and his congregation. Our prayer is not only that James will soon be released and restored to his family, but that as a result of this the message of the gospel will shine forth to the honor of Christ.”

There is a war on Christianity. This war has been going on since they crucified Jesus. Hatred for and persecution of those who faithfully follow the teachings of Christ has raged for over 2,000 years in many parts of the world.

In the United States of America and Canada, until recently, however, we had been spared any of the hatred that Christians throughout the rest of the world have experienced. Not only did the US escape the war on Christianity, it was founded on Christian principles found in the Bible. People from all over the world have sought religious freedom here since the Pilgrims landed at Plymouth Rock!

The hatred toward Christians started brewing in North America in the 1950s and has been building to a crescendo. The words of the day might well be tolerance and diversity, but the meaning of those words has changed dramatically and applies to everyone but Christians! Those who talk the most about accepting the ideas and ways of others who are different somehow manage to apply their acceptance to everyone but Christians.

Christians don’t fit in the New World Order. Believers in Jesus Christ are one fly in the ointment that just don’t fit the mold everyone else so desperately wants to make us fit.

God told man to spread out and fill the earth. Man has done everything in his power to stay in one place and make one great society. Ever since Nimrod tried to complete the Tower of Babel man has sought to rebel against God and form a global world order independent of God.

Christians are not globalists and do not fit into the New World Order and that is the monkey wrench in the machinery of the globalists that they simply can not tolerate!

We are over a year into a two week shut down to “flatten the curve” on Covid-19. ANTIFA and BLM can plunder and raid en masse without hindrance, but churches in many places such as Los Angeles and Edmonton are still shut down or under unreasonable, draconian restrictions, and now a pastor sits in prison. This is no longer about a virus. They want to throw us to the lions again.