World Famous Cars Made in Maricopa 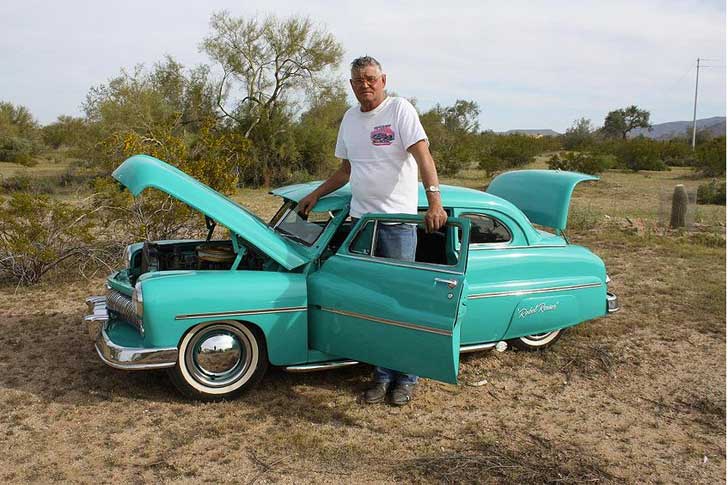 Only 75 miles south and east of Buckeye is the home of the “Dwarf Car Museum” in Maricopa, Arizona. We live just a little over an hour’s drive away from something I am dying to go and see. Jay Leno and Dennis Gage have even been there to visit! Gage’s television show, “My Classic Car” did a segment on the little cars. Leno also had him on his show called, “Jay Leno’s Garage.” People come from all over the world to see the tiny cars.

What is so special about the cars? Every dwarf car in the museum was hand built piece by piece by Ernie Adams. The cars look exactly like the full sized models they are patterned after and when you see them in pictures you don’t realize how small they are, unless a person is standing by one or they are parked next to a full size car for perspective. Only when Ernie opens the door on one and crawls inside do you get the full effect of how small these perfect scale model cars are. 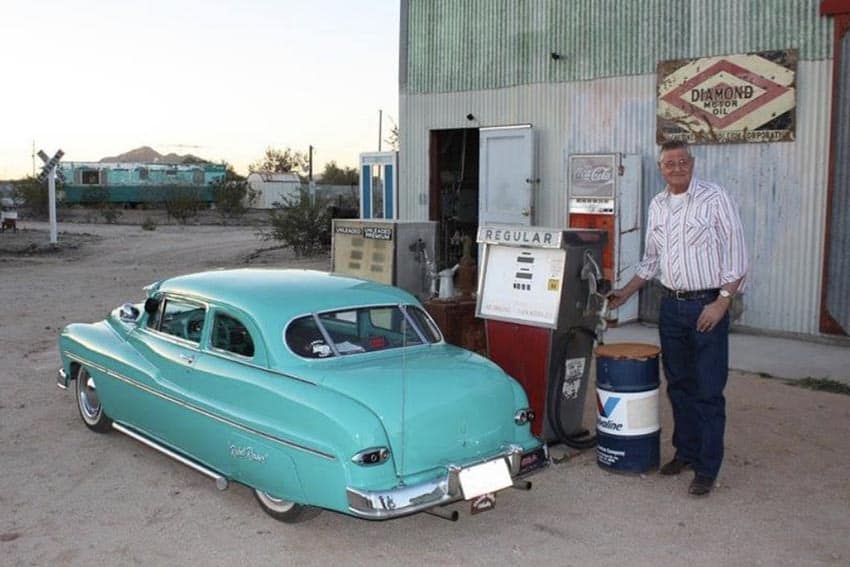 Ernie Adams is now 80 years old. He grew up in Harvard, Nebraska and lived near a city dump where he used to salvage metal and parts before moving to Arizona in 1971. He made his first 5/8 to 11/16 scale, waist high, dwarf car in 1965 out of 9 old refrigerators. The cars have 12” inch wheels, which are also handmade. The 12” wheel size determines the scale for the rest of the car.

Most of Ernie’s cars are drivable, street legal and licensed. One of his hand made creations has over 50,000 miles on it. Ernie has driven several of his dwarf cars coast to coast.

Ernie never went to college or trade school and, in fact, dropped out of high school in the 10th grade and is totally self taught.

Not only does Ernie Adams hand craft custom cars but he makes most of his own tools and jigs he uses to build the cars! Ernie doesn’t talk in terms of hours to build a car as It takes him between 2-6 years to make each one.

Ernie has won the Editor’s Choice Award from “Rod and Custom Magazine” for one of his creations.

Ernie says his cars aren’t up for sale and never will be. He has turned down offers between $50,000 and $450,000, but refuses to sell a single dwarf car. He says the reason he won’t sell his creations is simple. He doesn’t need the money and he enjoys meeting the people who come to see the cars. If he sold them he wouldn’t meet as many new people and get to watch them enjoy his creations.

His children suggested setting up a museum for his cars as part of his workshop next to his home and he gets upwards of 100 visitors every day to marvel at the scale models. They have a video of how Ernie makes the cars they show to visitors. Ernie always watches it with them, sometimes 3 or 4 times a day and he never gets tired of seeing it!

The museum even has an old barber shop that is open daily 9-4. Jay Leno got a trim from Ernie’s wife, Ginger, while he was there visiting. The museum is open 8-4, seven days a week and hosts between 100-250 people per day, including holidays.

Ernie still often works a lot of 12 hour days on his dwarf car creations and has slowed down some, but his family thinks that as long as his health holds out he will never stop building and creating.

Ernie Adams’ Dwarf Car Cruisers can be seen at 52954 W. Halfmoon Road in Maricopa. The museum has a Maricopa address but it is actually not in town. It is several miles away from town out in the boondocks.

Howerter’s Favorite Quotes Throw Them To The Lions